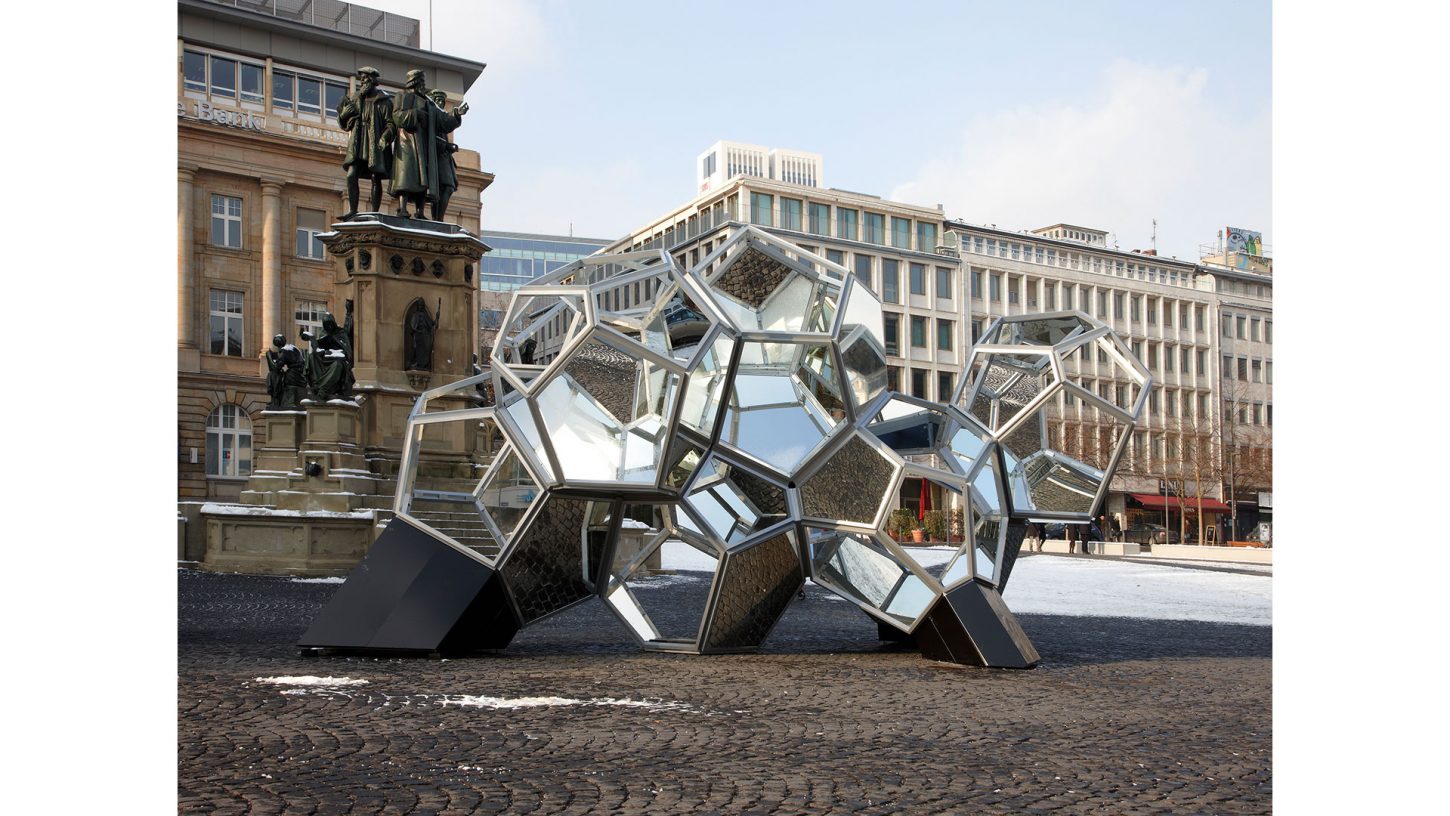 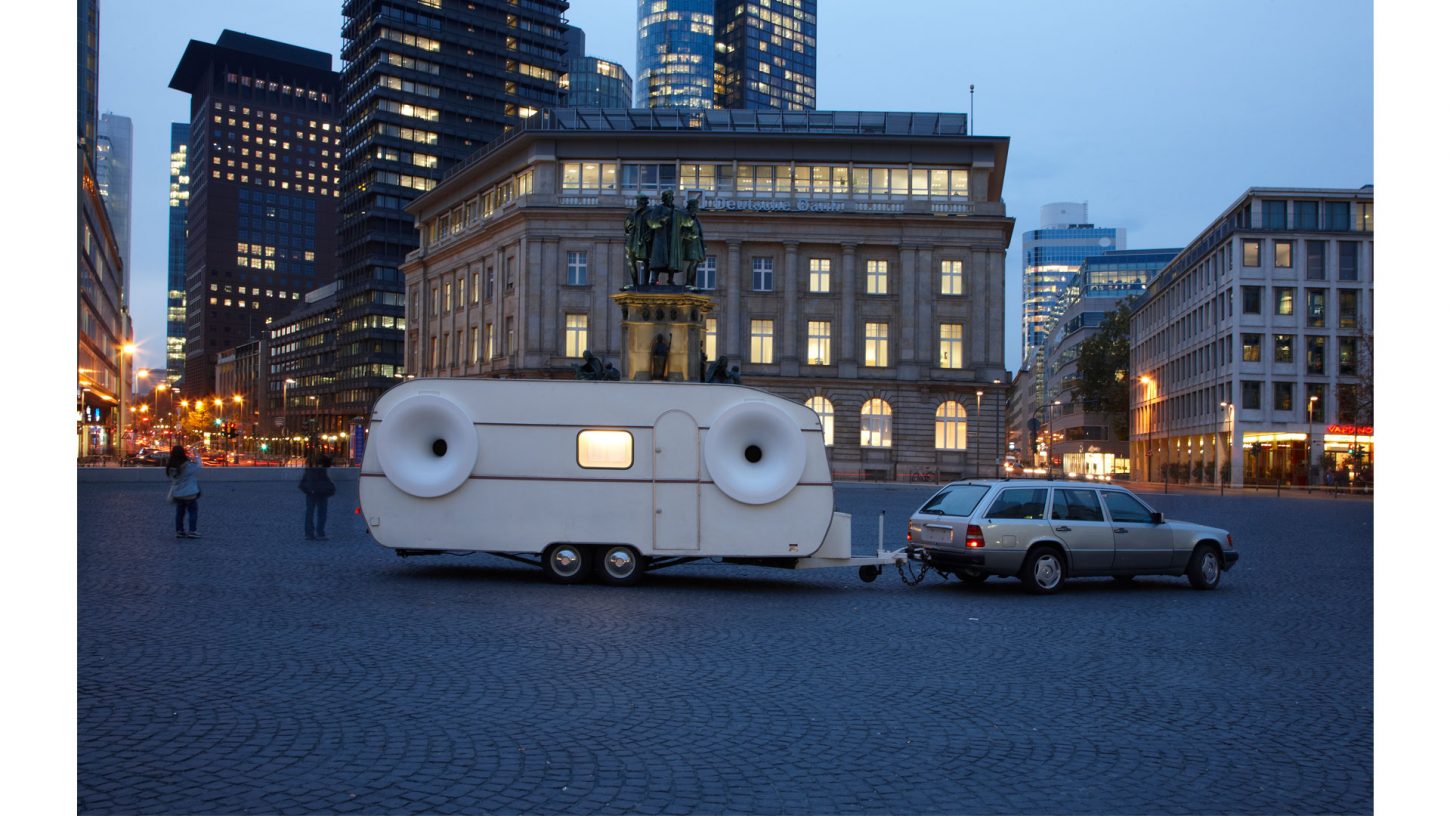 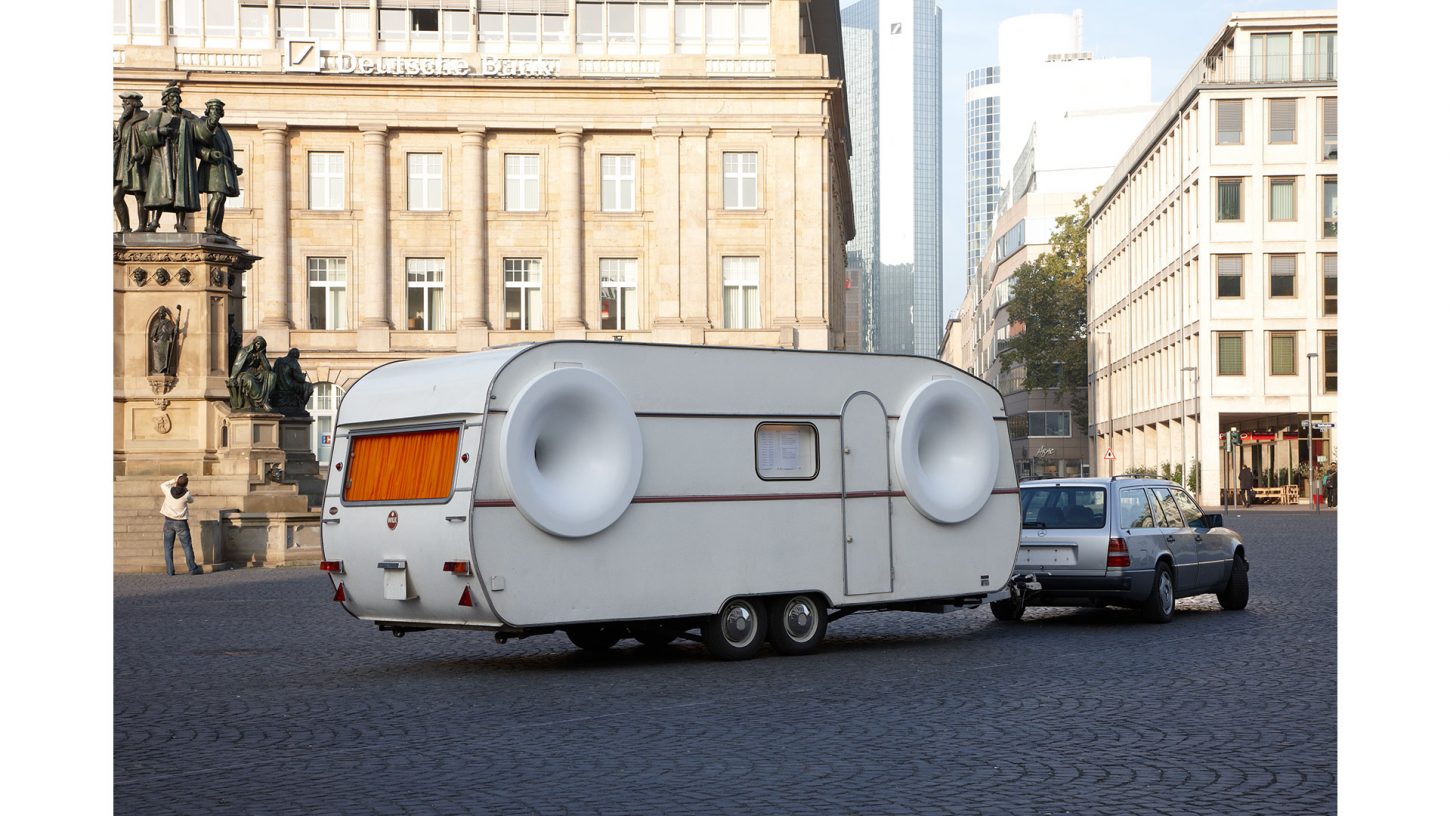 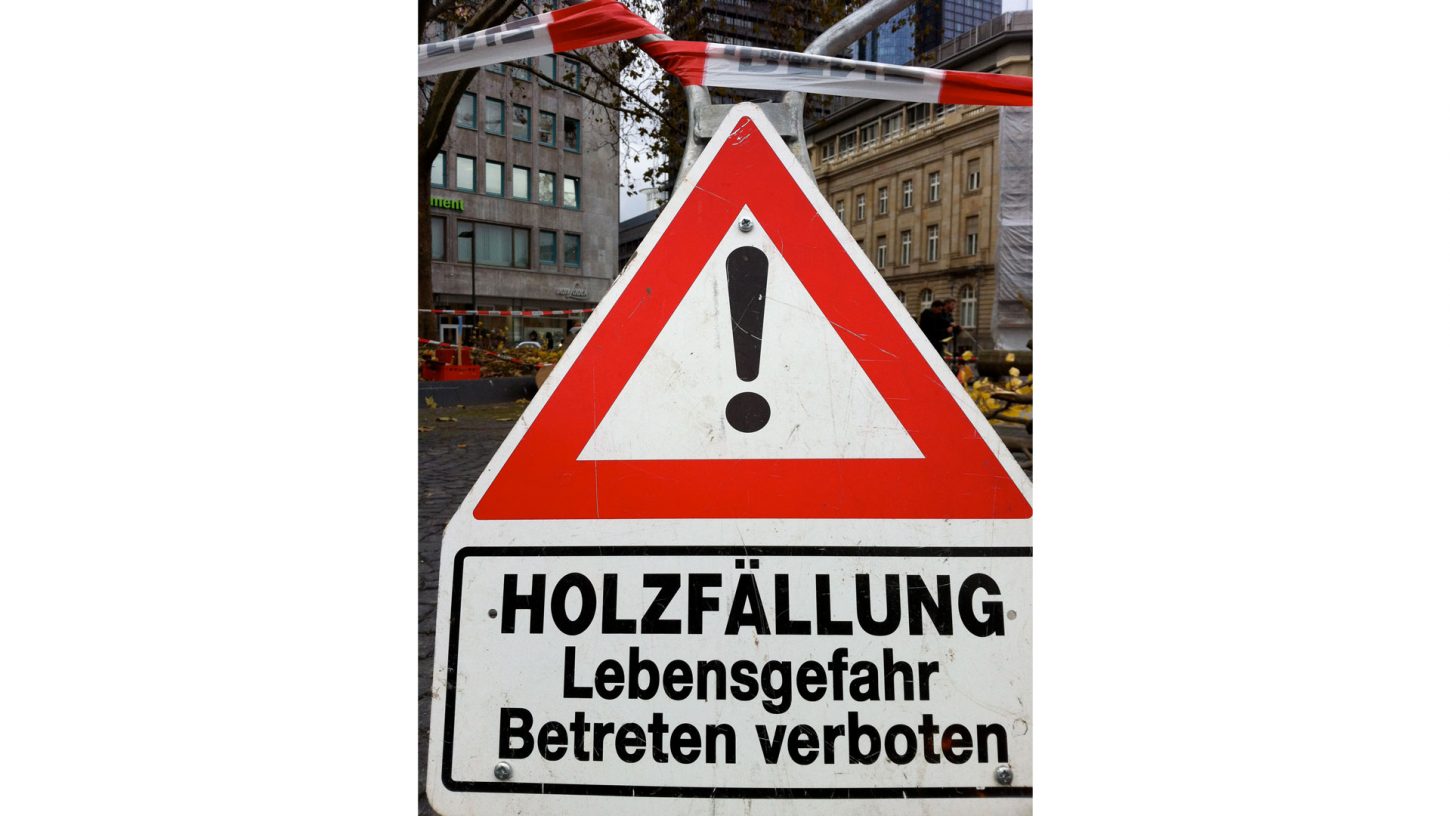 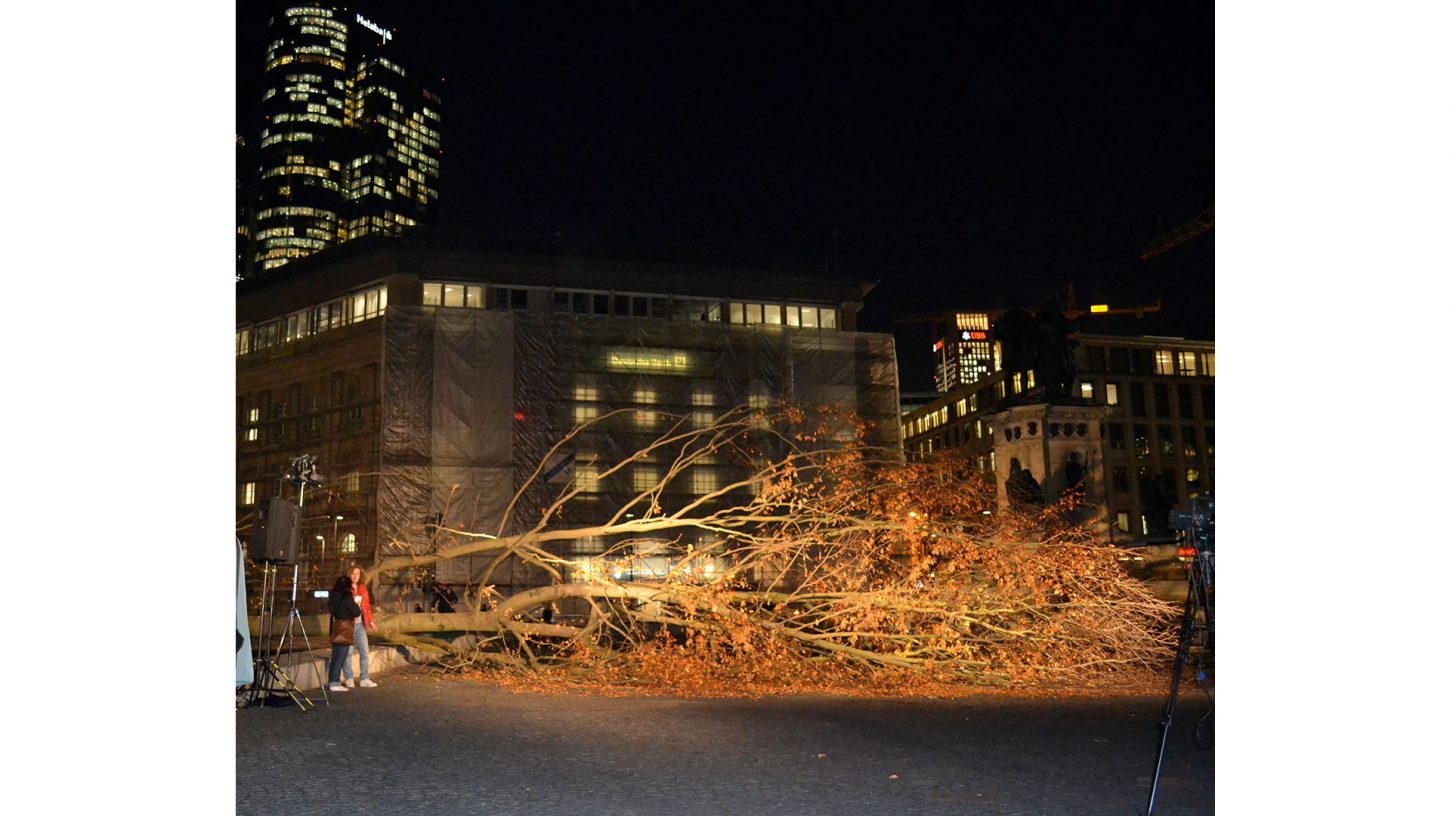 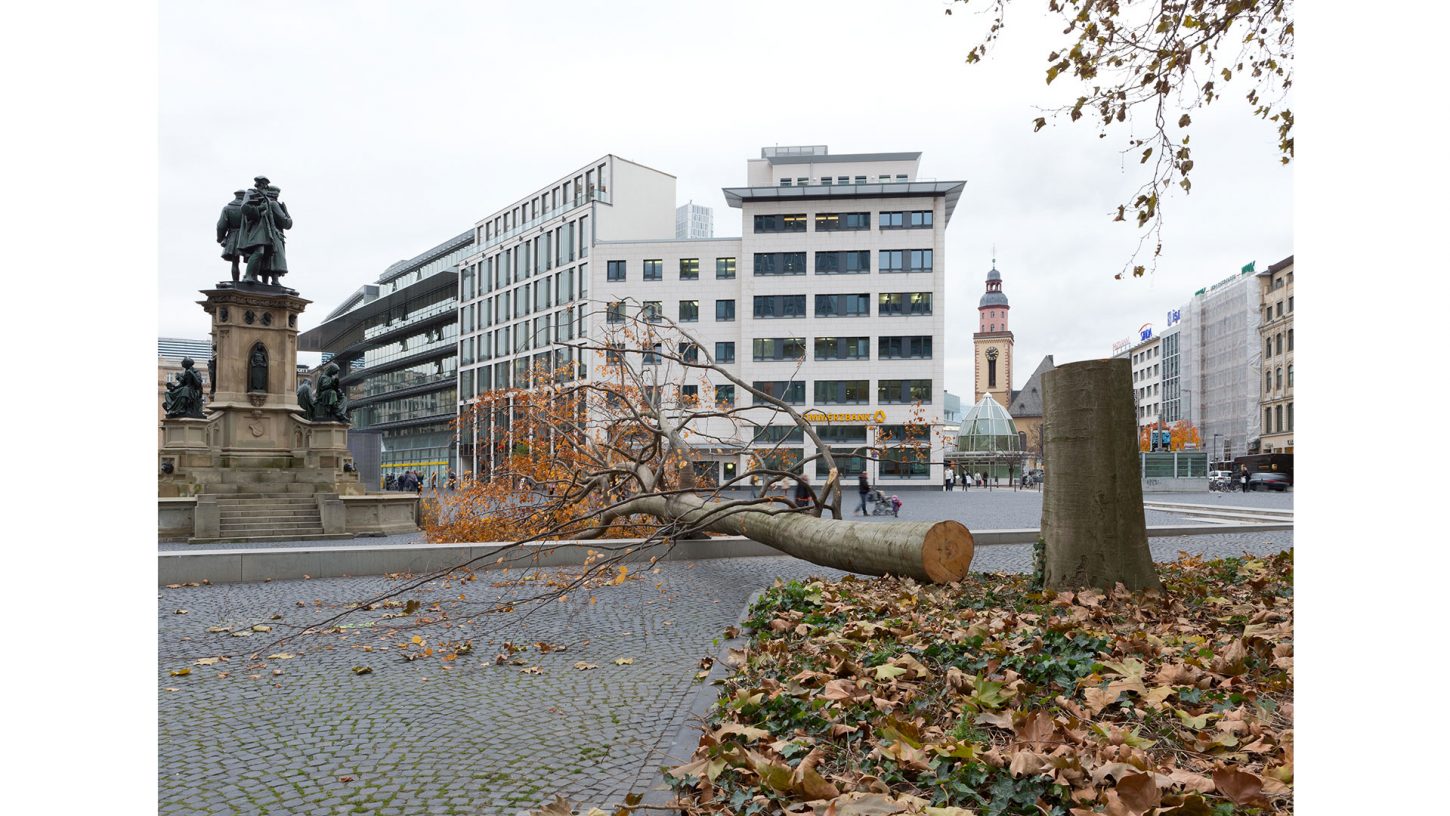 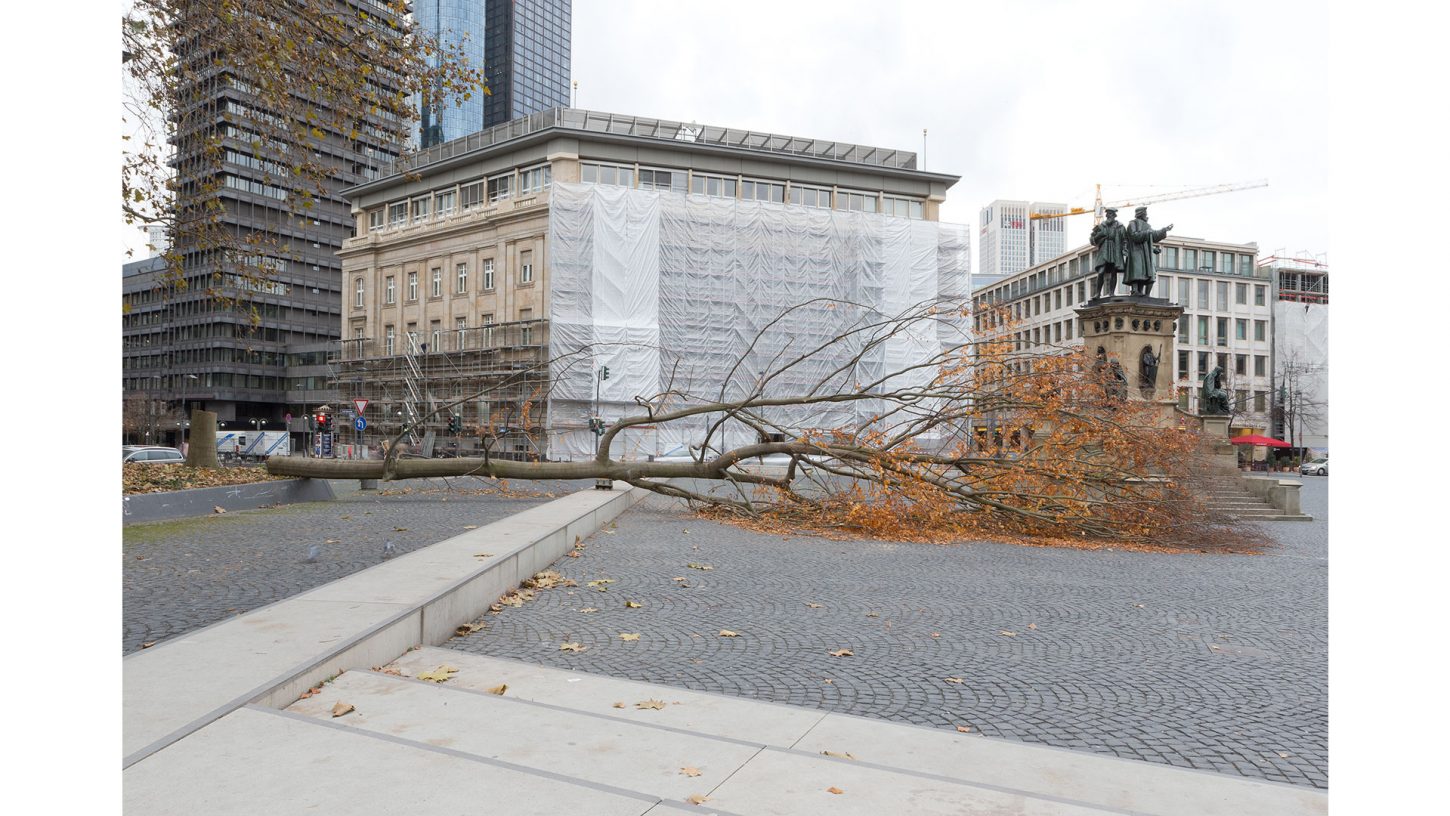 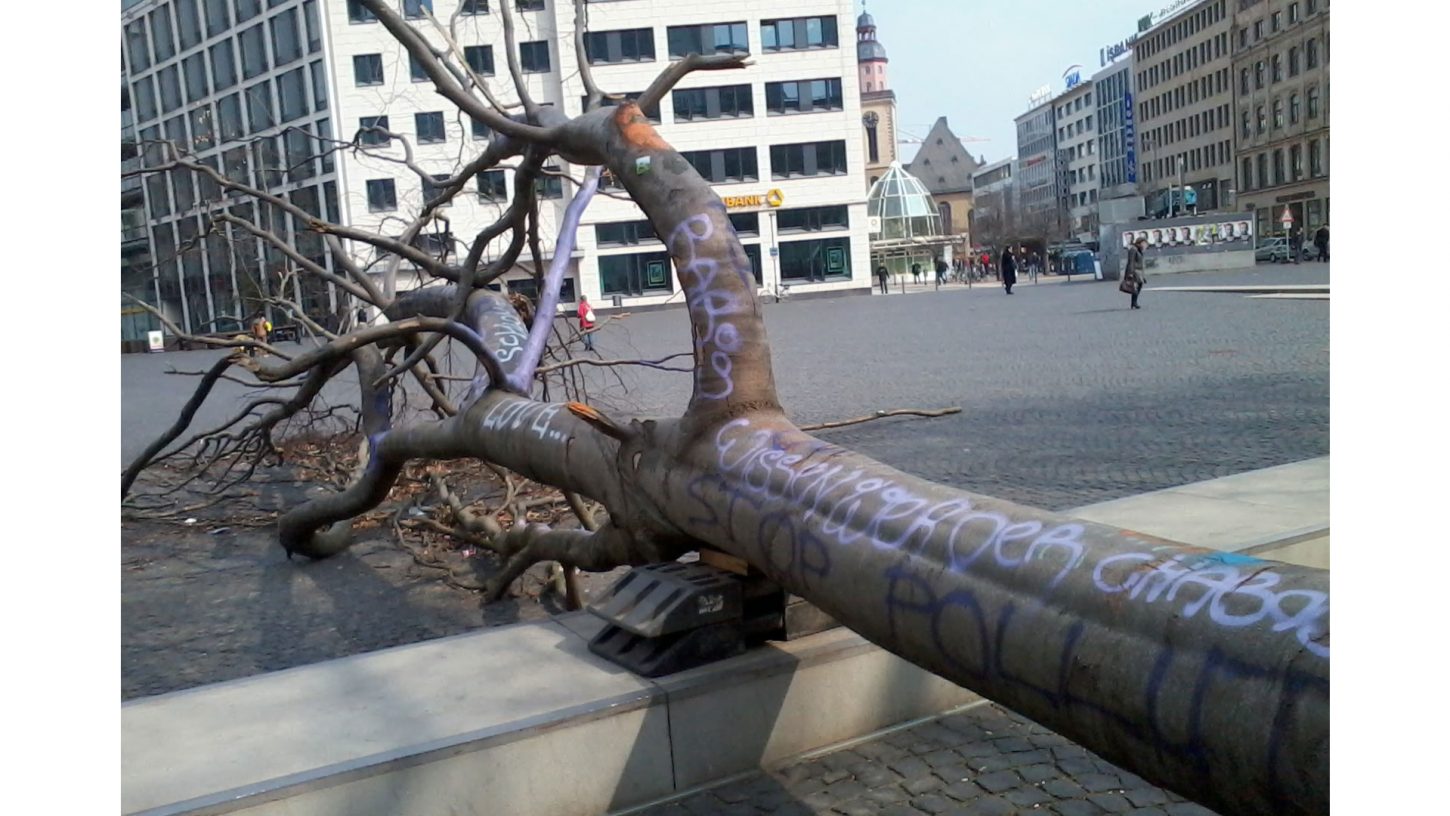 From cobblestones to city stage

The Rossmarkt is the square in the centre of Frankfurt. It is hundreds of years old, and once held great importance for the city’s inhabitants. Now, however, not much remains of the former horse market that once stood where the Rossmarkt, Hauptwache and Goetheplatz squares are today.

Over the centuries, the place has changed. It has lost its identity, and Frankfurt’s citizens have lost their connection to this site which was once the largest single open space in the city centre.

The international sculpture project ROSSMARKT3 was designed to promote participation. Every year for a period of three years, it commissioned a temporary new modern artwork by an internationally acclaimed artist. And the ‘client’ was not the donors or the public authorities, but civil society itself: each year, 35 high school students from 15 Frankfurt schools became ambassadors for the city and took on the task of commissioning the work of art.

ROSSMARKT3 brought together three different goals: to help Frankfurt’s citizens feel connected to their prominent city square once more, to enable young people to participate in democratic decision-making, and to give young people access to culture and aesthetics. The students took part in the scheme by their own choice, on a voluntary basis and independently of their schools.