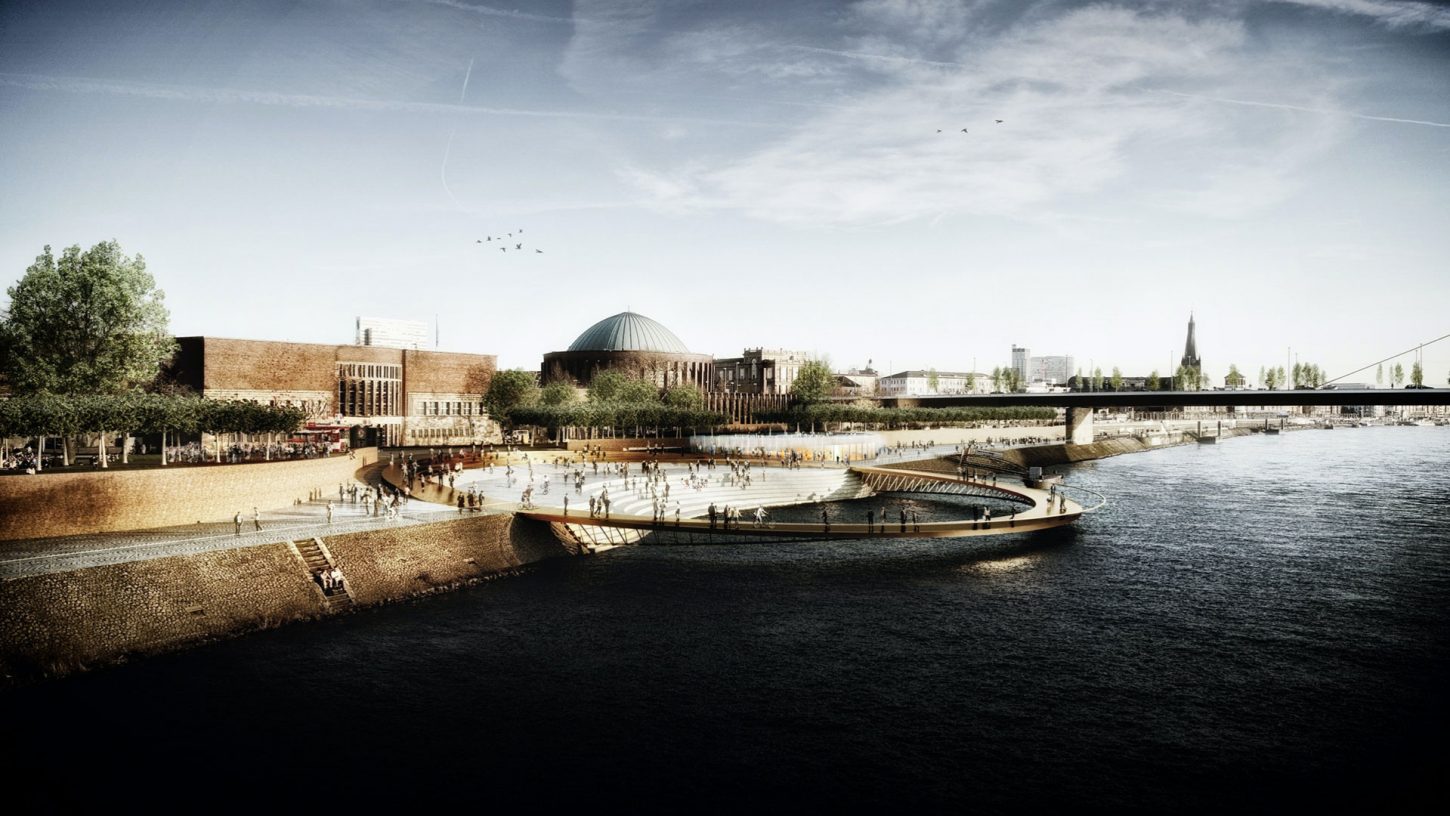 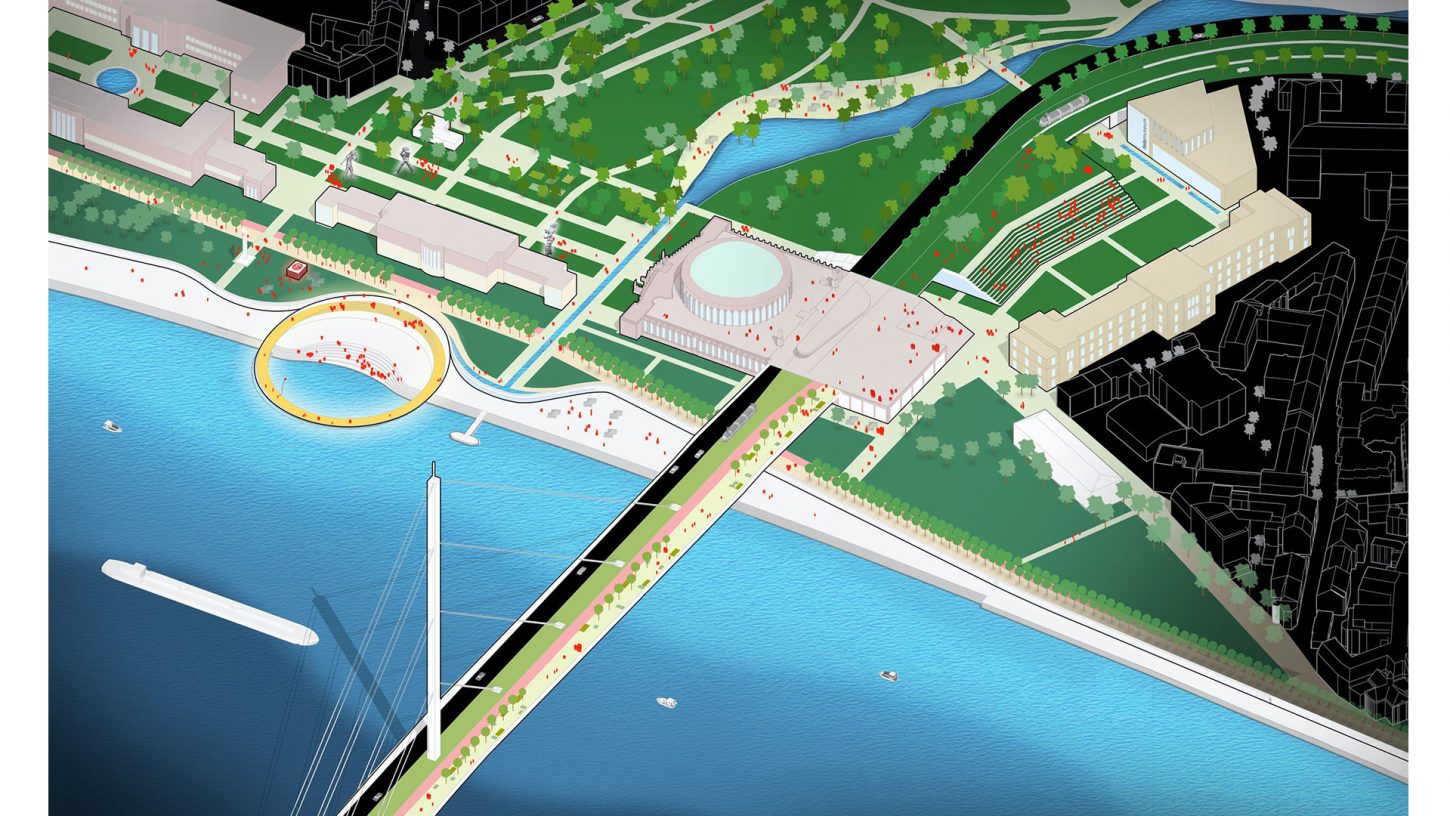 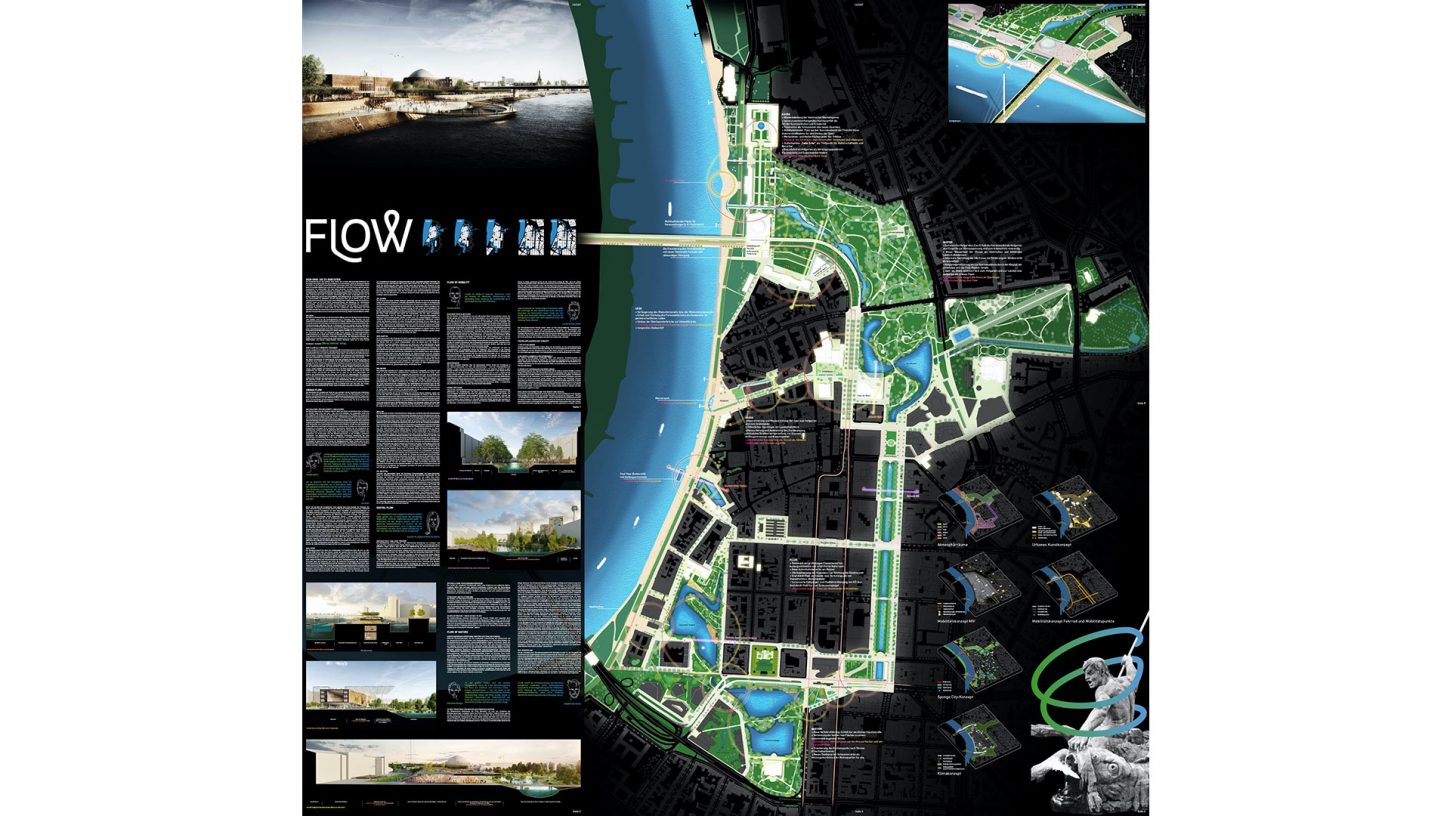 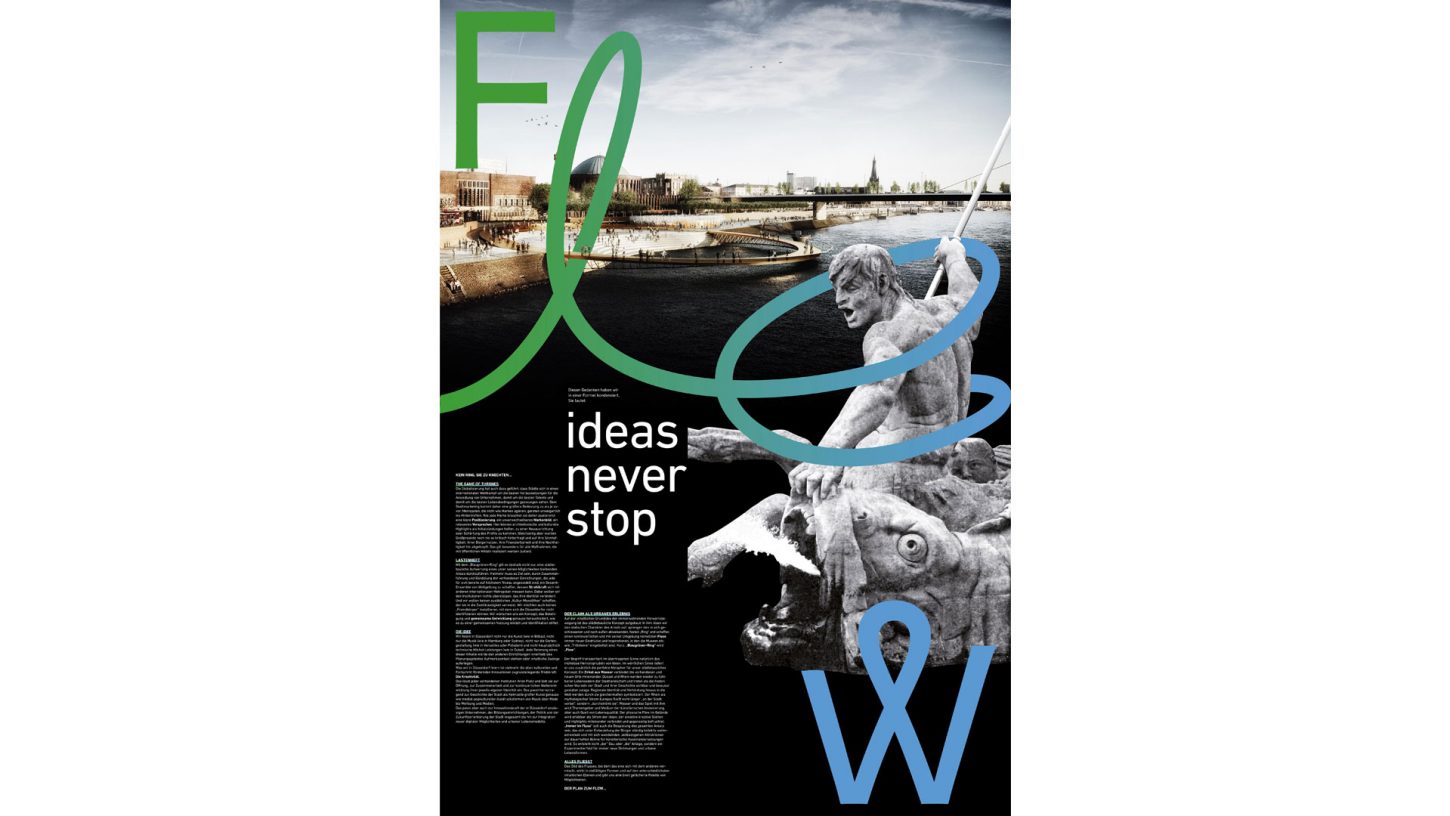 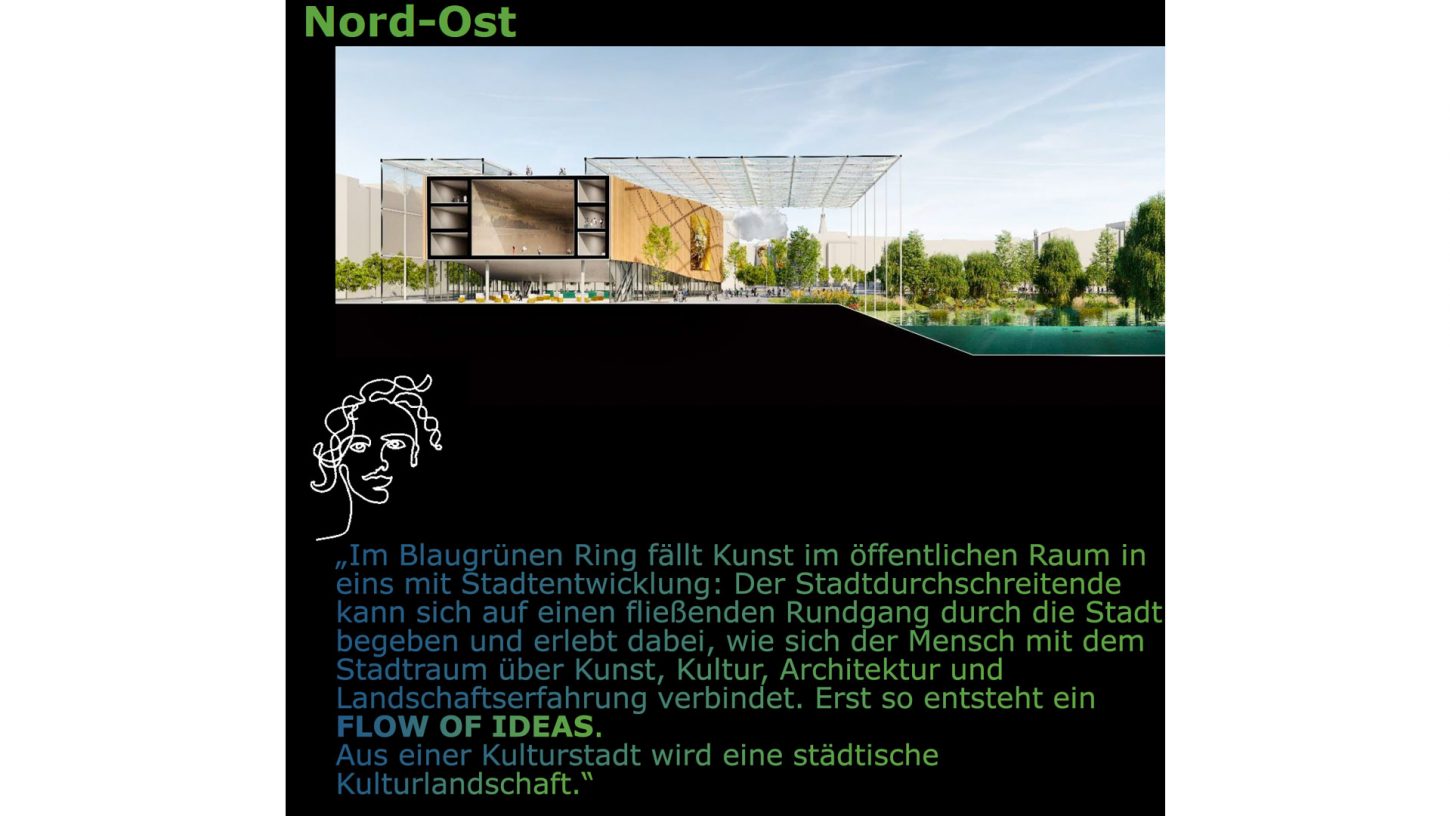 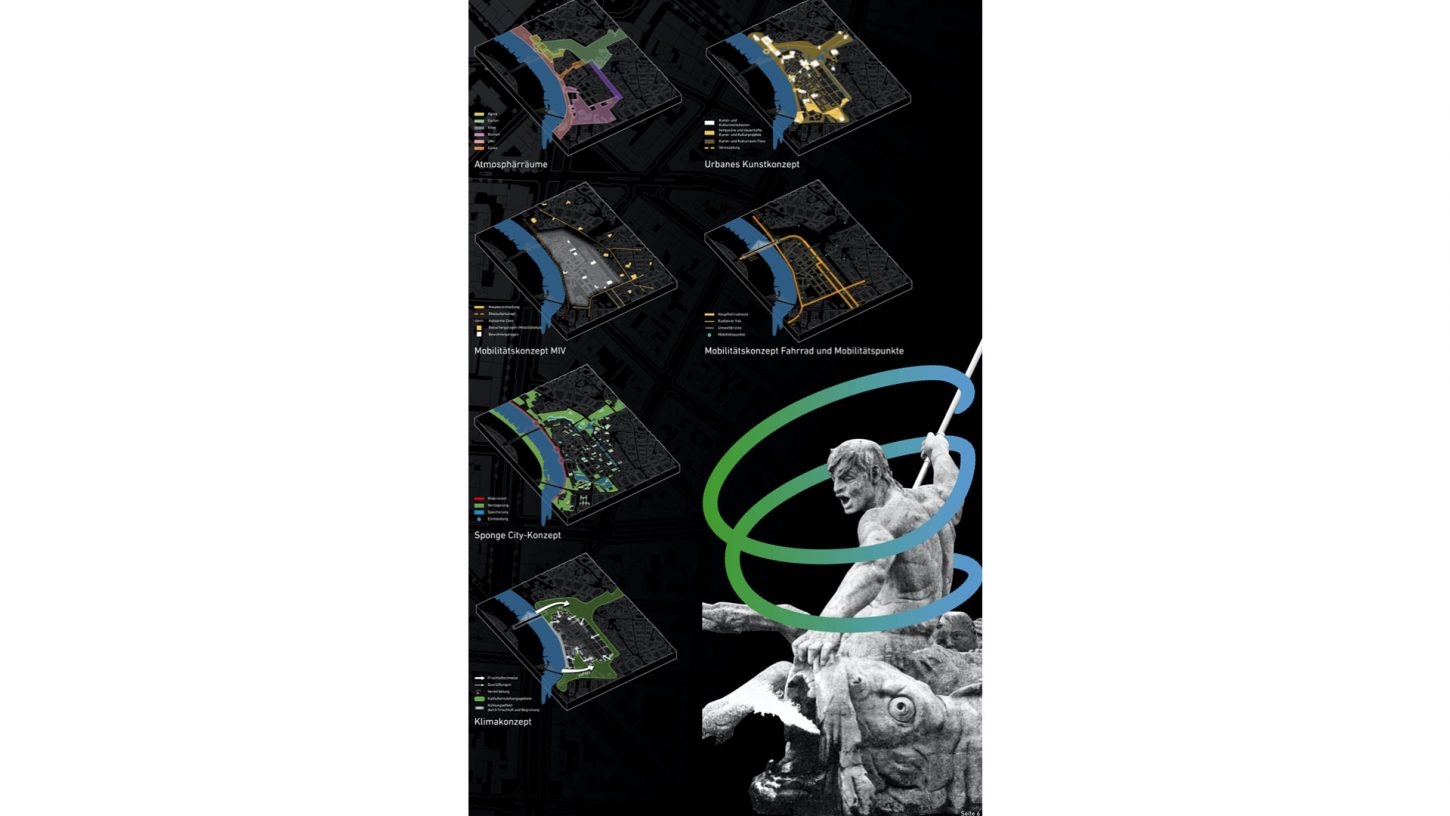 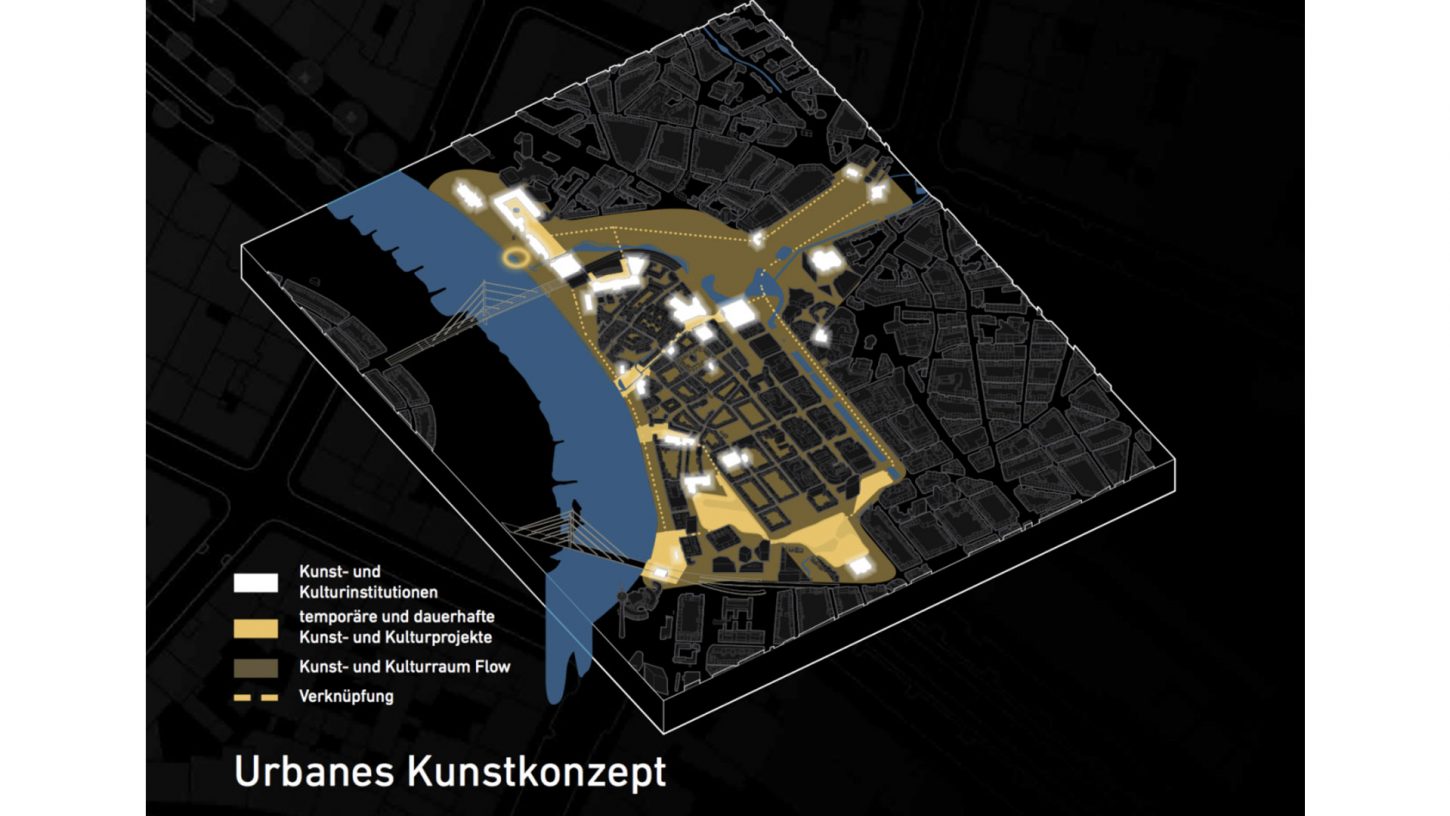 A blue-green belt for Düsseldorf

In one of Germany’s biggest urban planning competitions, the FLOW concept triumphed over more than forty other submissions from prestigious agencies to become the winning project.

The City of Düsseldorf had invited proposals on how to link, reorganise and rethink the areas along the banks of the Rhine, as well as the neighbouring parks, urban districts and cultural institutions, in a unified ‘blue-green belt’.

Under the leadership of the architecture and urban planning agency RAUMWERK, SEEHOF worked in partnership with Juliane von Herz to create the artistic and communicative concept for this project, which was a collaborative effort with numerous other specialists from traffic planners to climate experts.

The basic idea was to release and join up different bodies of water to form a ‘river of creativity’ linking the city’s artistic and cultural institutions, into which all of their own independent projects could flow, giving rise to an area full of inspiration and thus a new quality of life.

As part of the initiative, artistic interventions in public spaces guide people from place to place, serving as a new attraction for both residents and visitors in addition to the city’s architectural highlights.