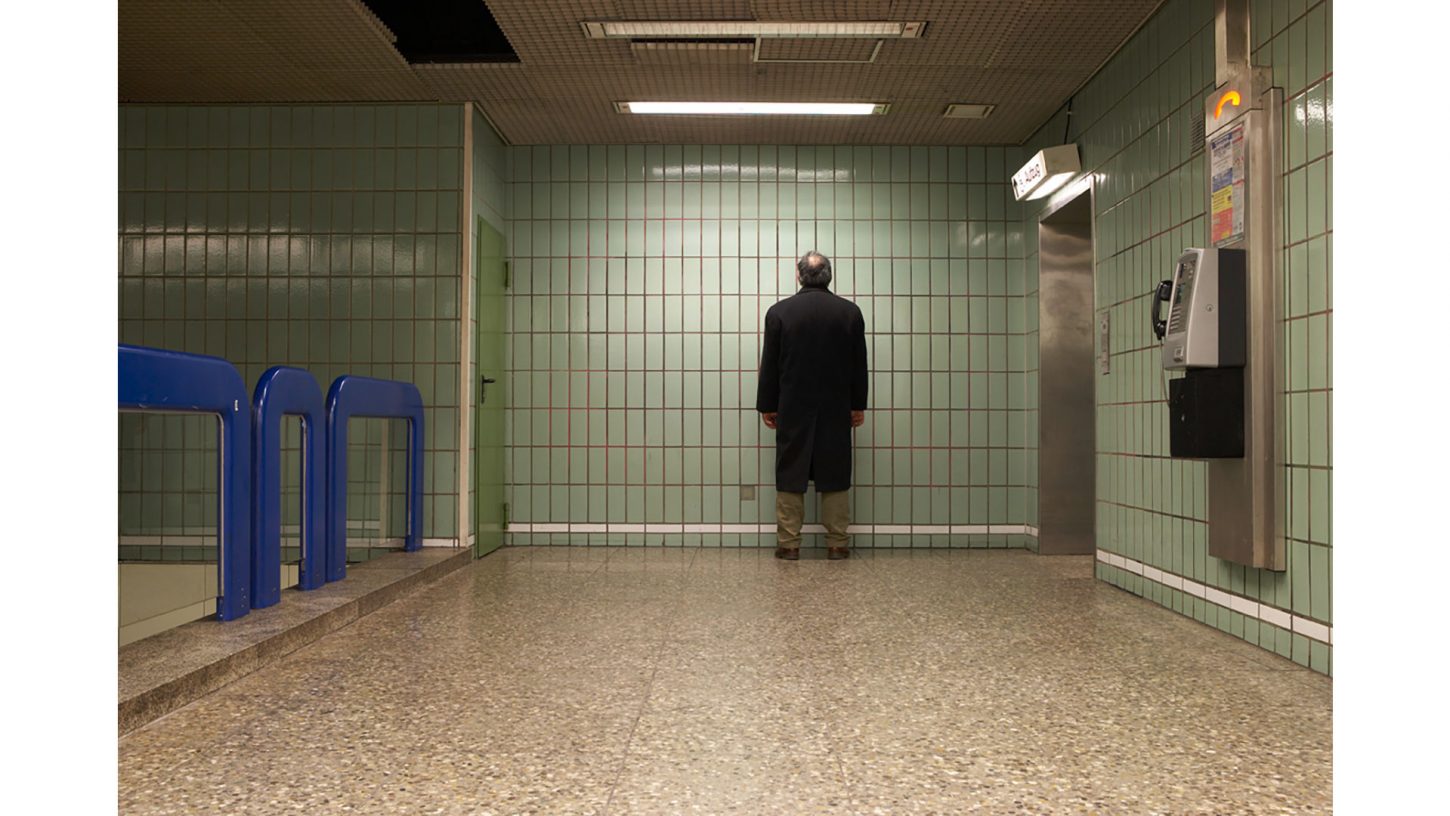 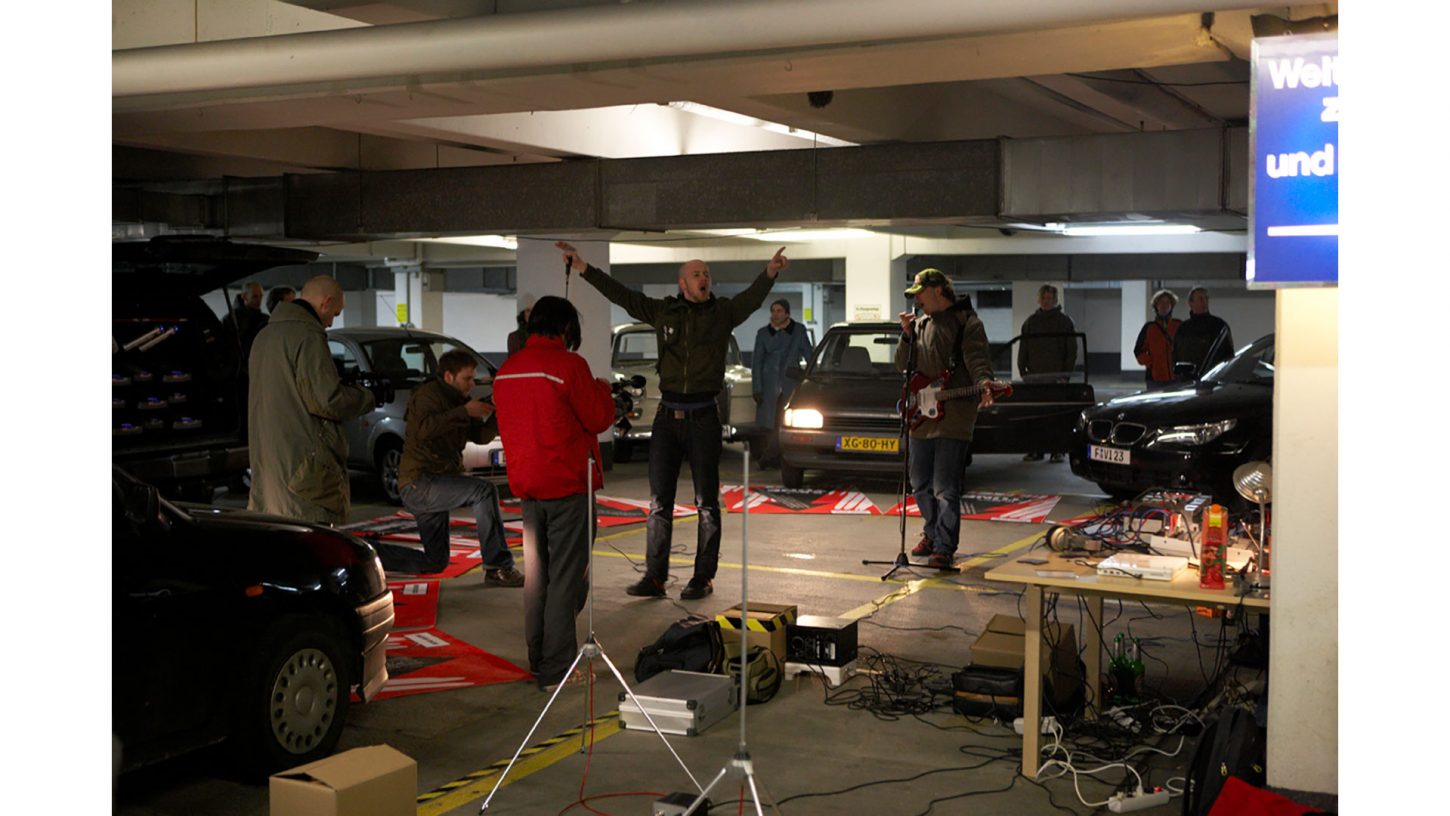 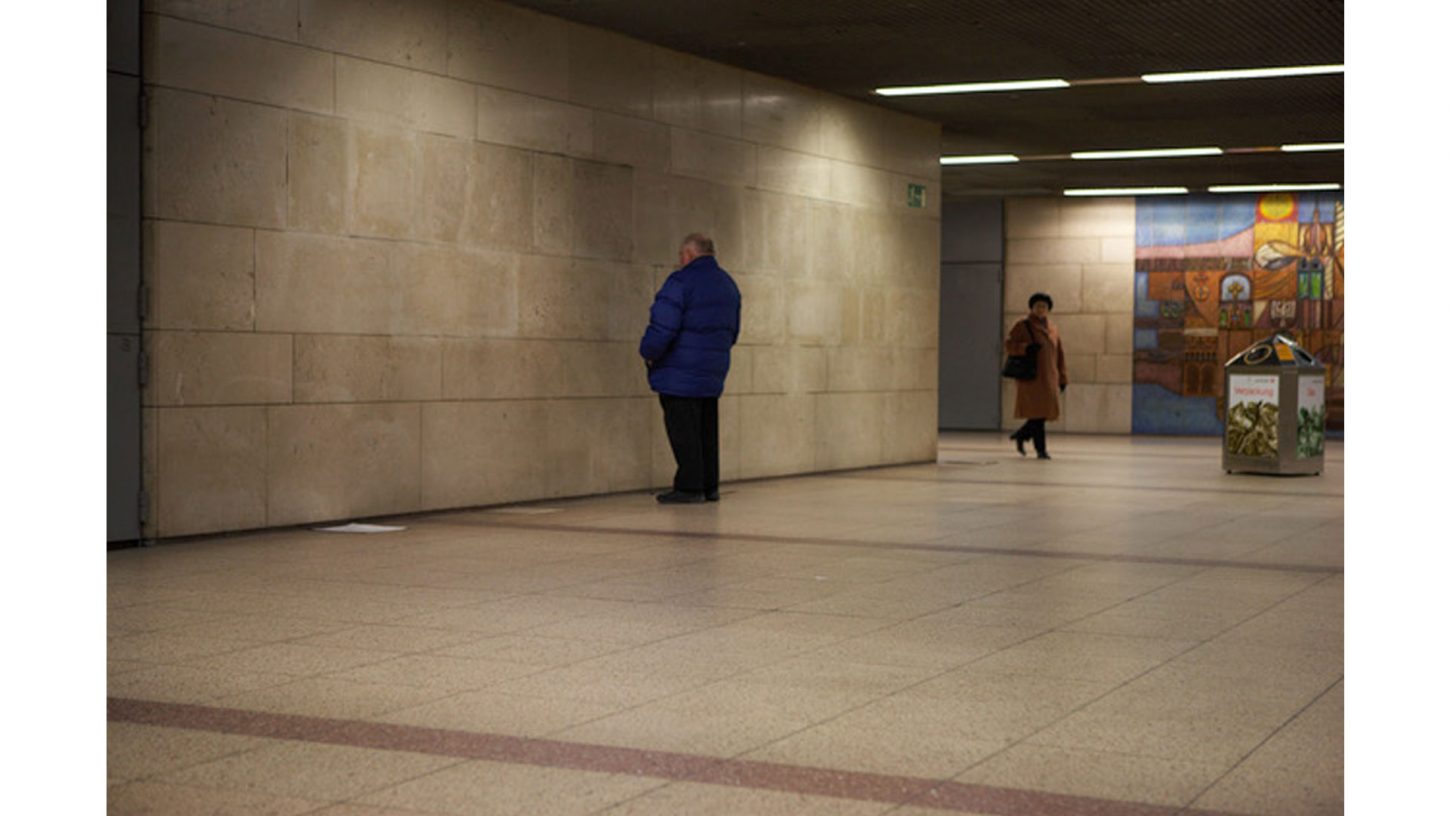 The programme of performances was staged mainly in unusual locations outside of the trade fair halls and took visitors into urban spaces where art is not usually found. Internationally acclaimed artists like Santiago Sierra, Carlos Amorales, Franko B and Xavier Le Roy worked alongside up-and-coming young artists like firework artist Sandra Kranich, who is now one of the most celebrated figures in her field.

Santiago Sierra’s performance ‘The Punished’, which explored generational responsibility for the atrocities of the Second World War and the Holocaust, was staged in over 15 locations spanning the whole of the inner city, from the Kleinmarkthalle covered market to the metro station. For ‘Boom Cars’, Carlos Amorales chose the underground car park of the trade fair centre as an amplifier for his punk performance featuring running racing car engines.

TRANSIT – Performance festival in the city of Frankfurt