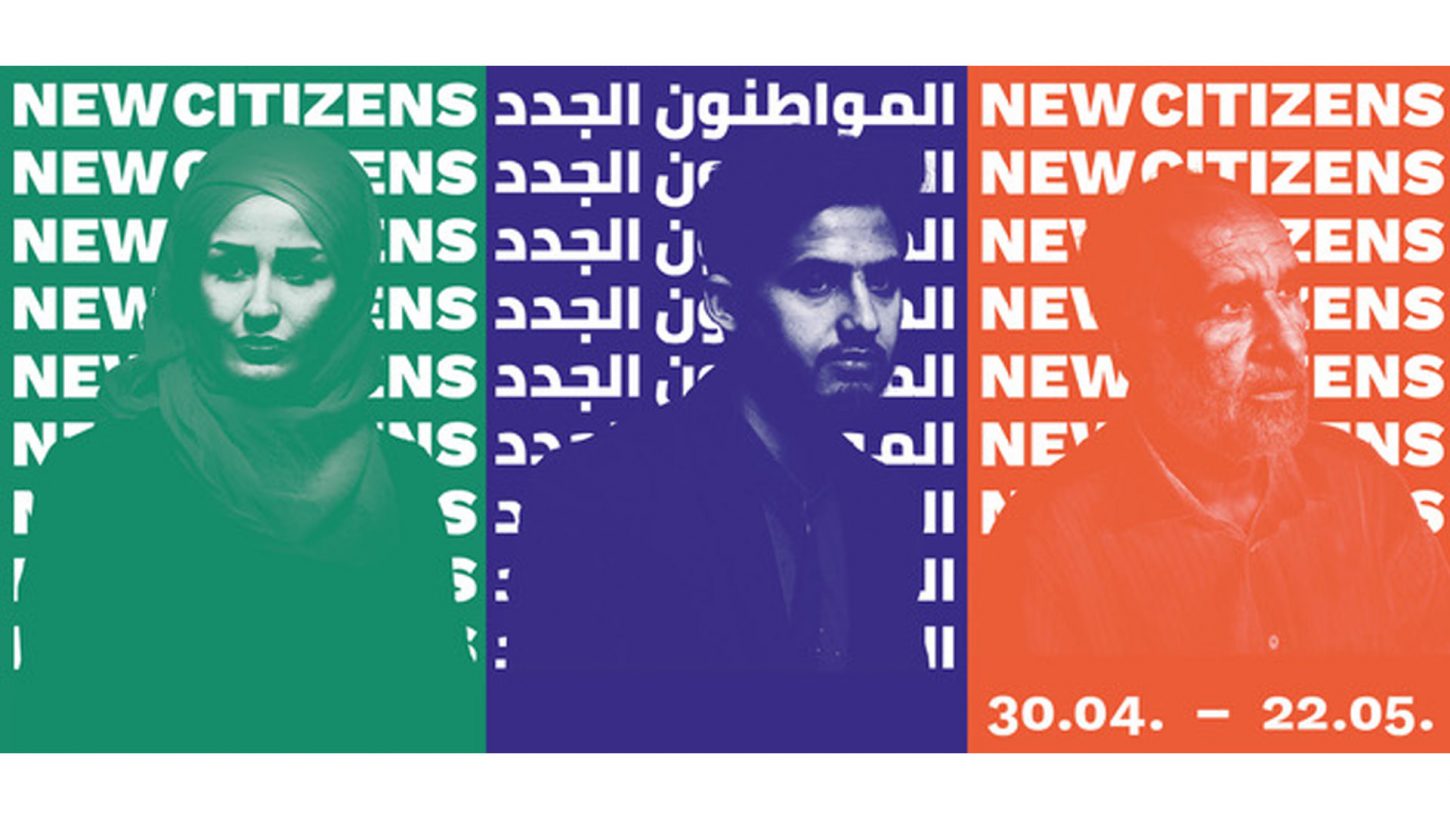 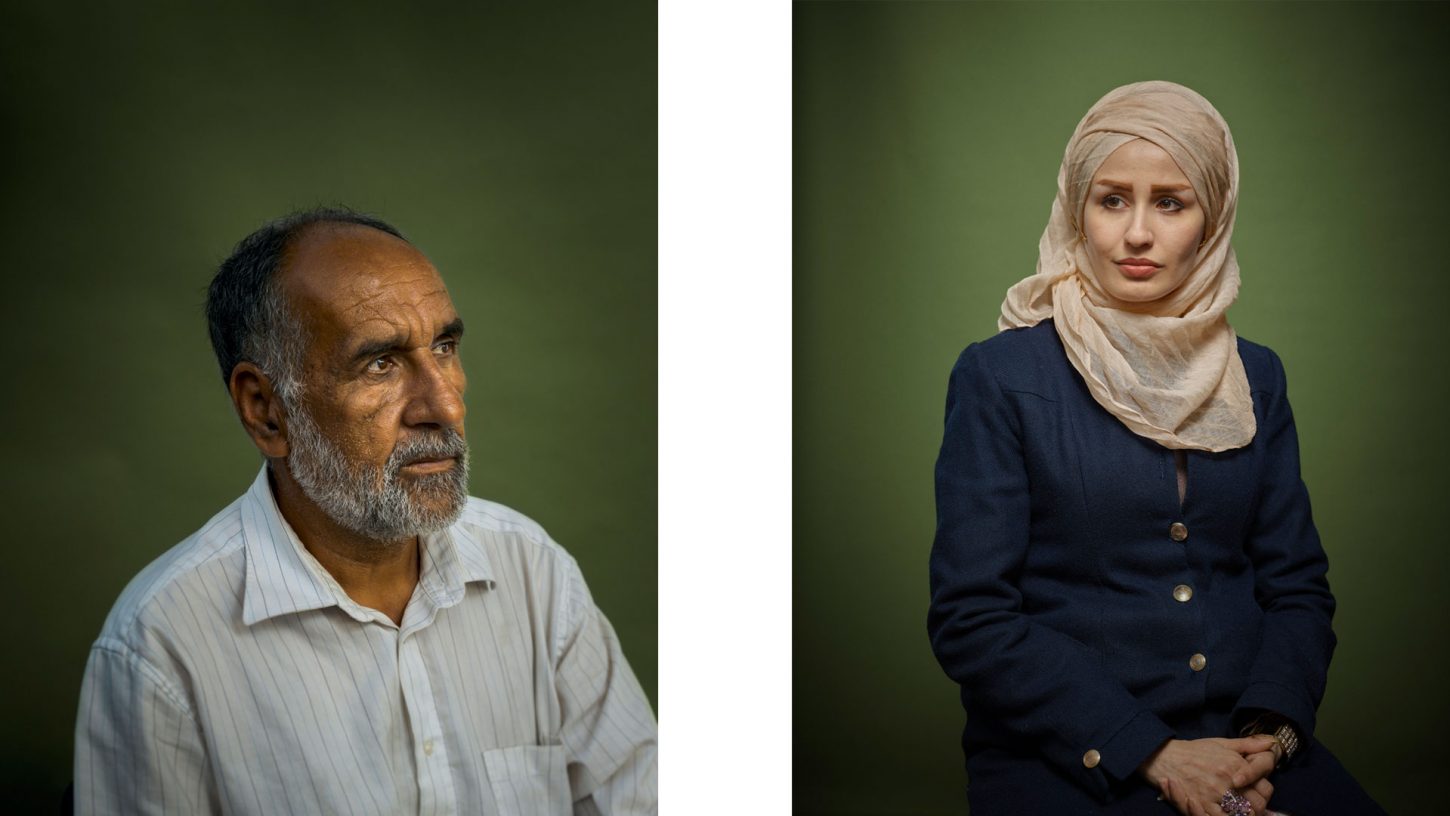 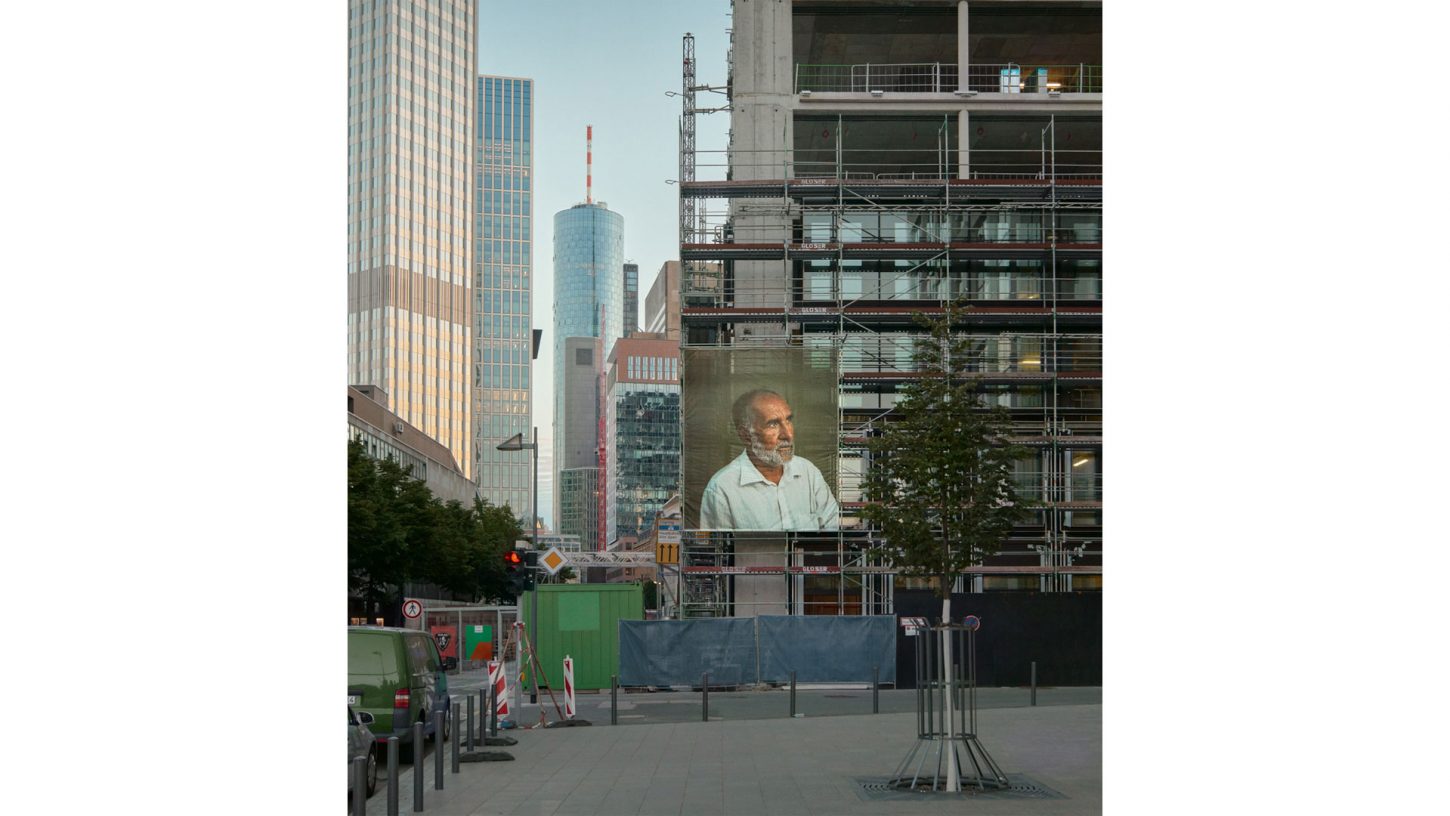 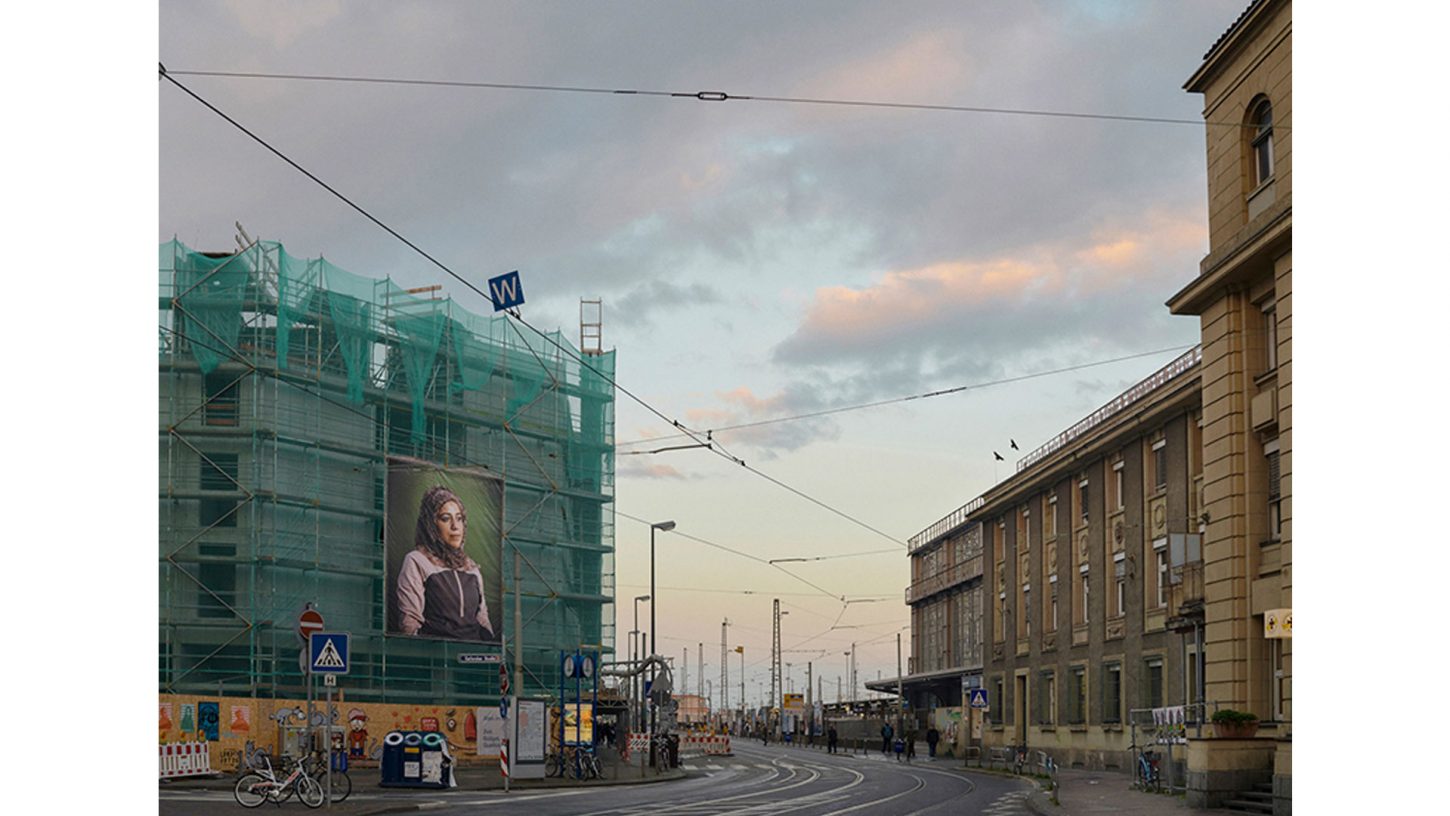 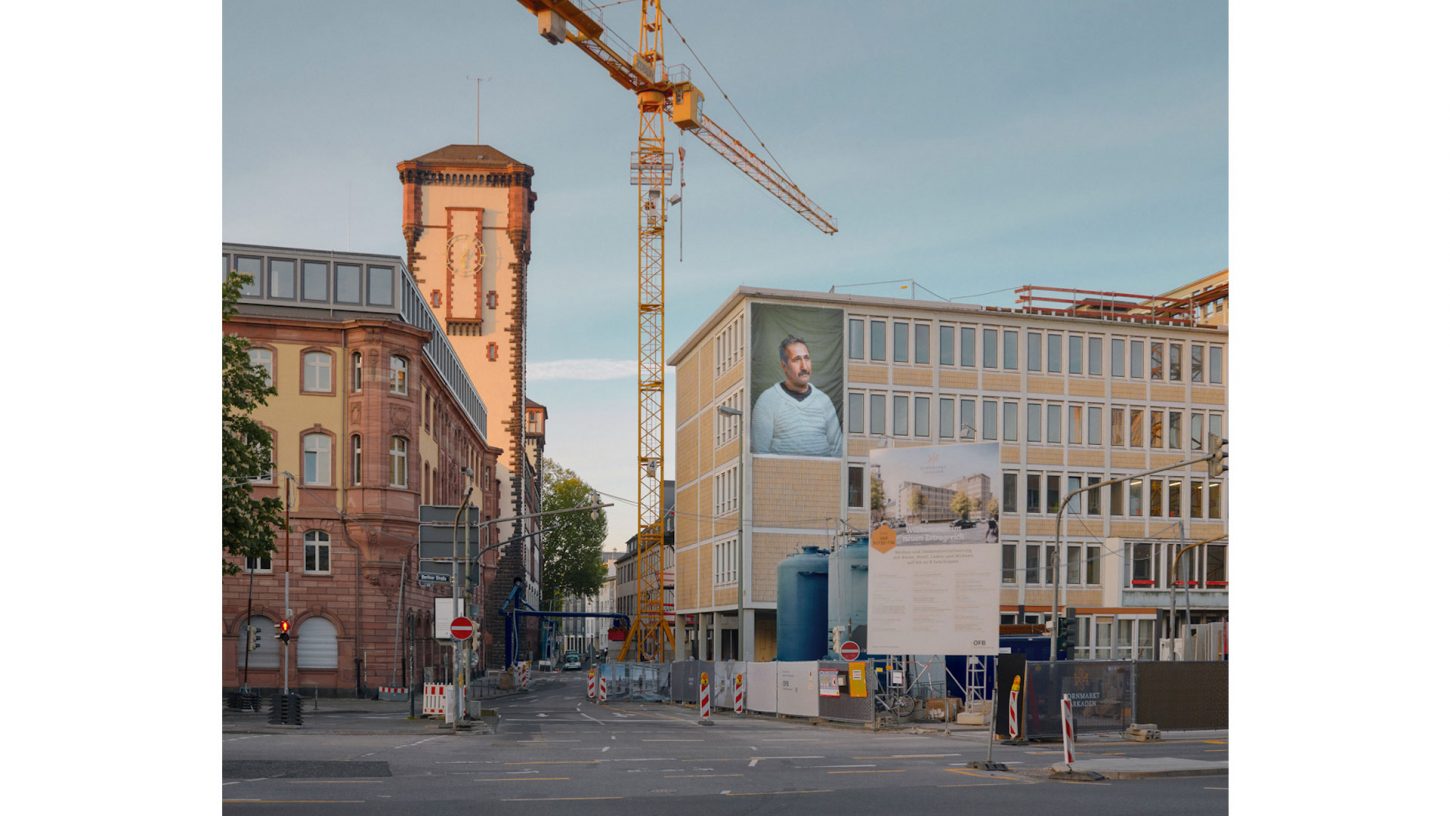 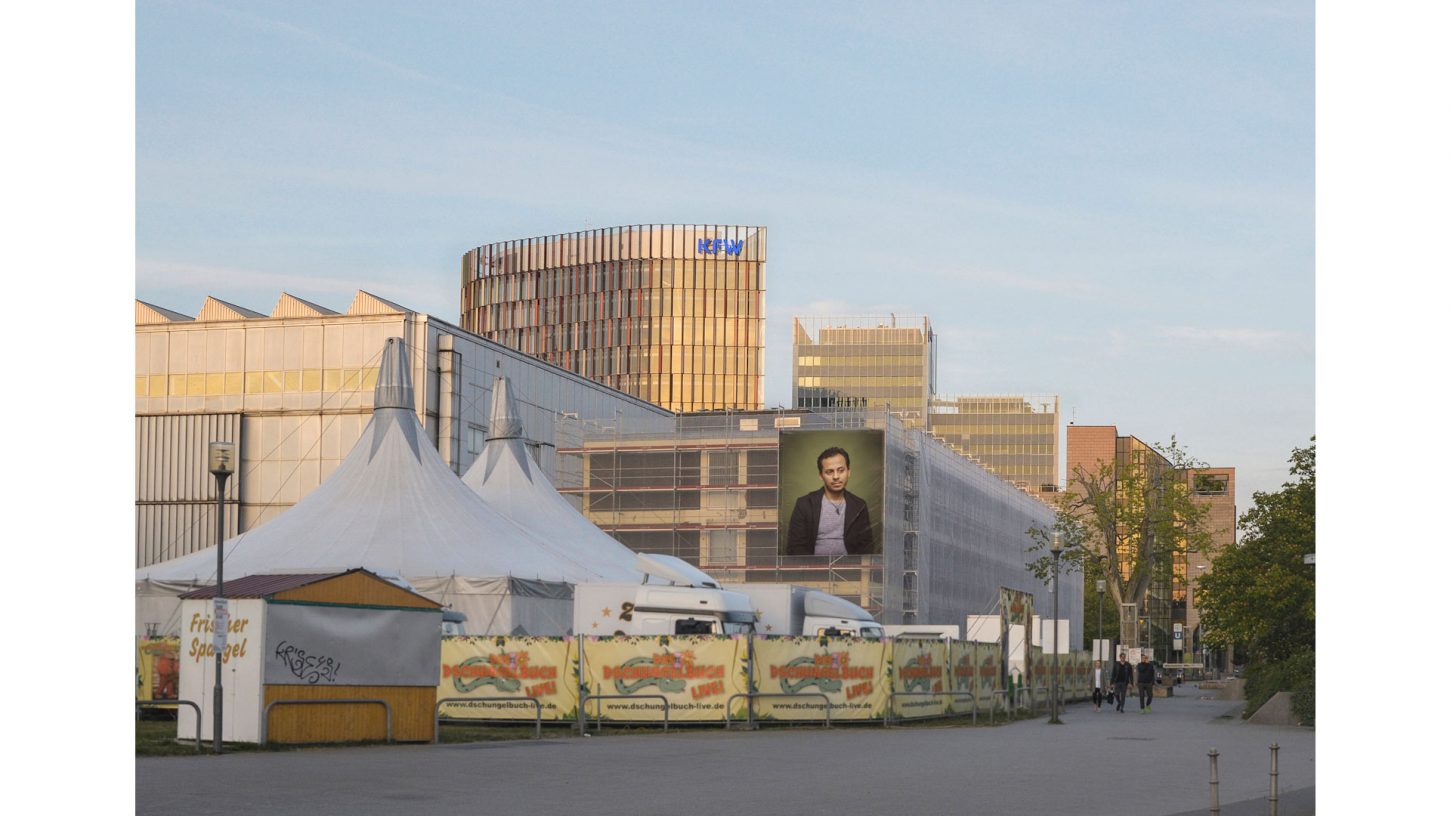 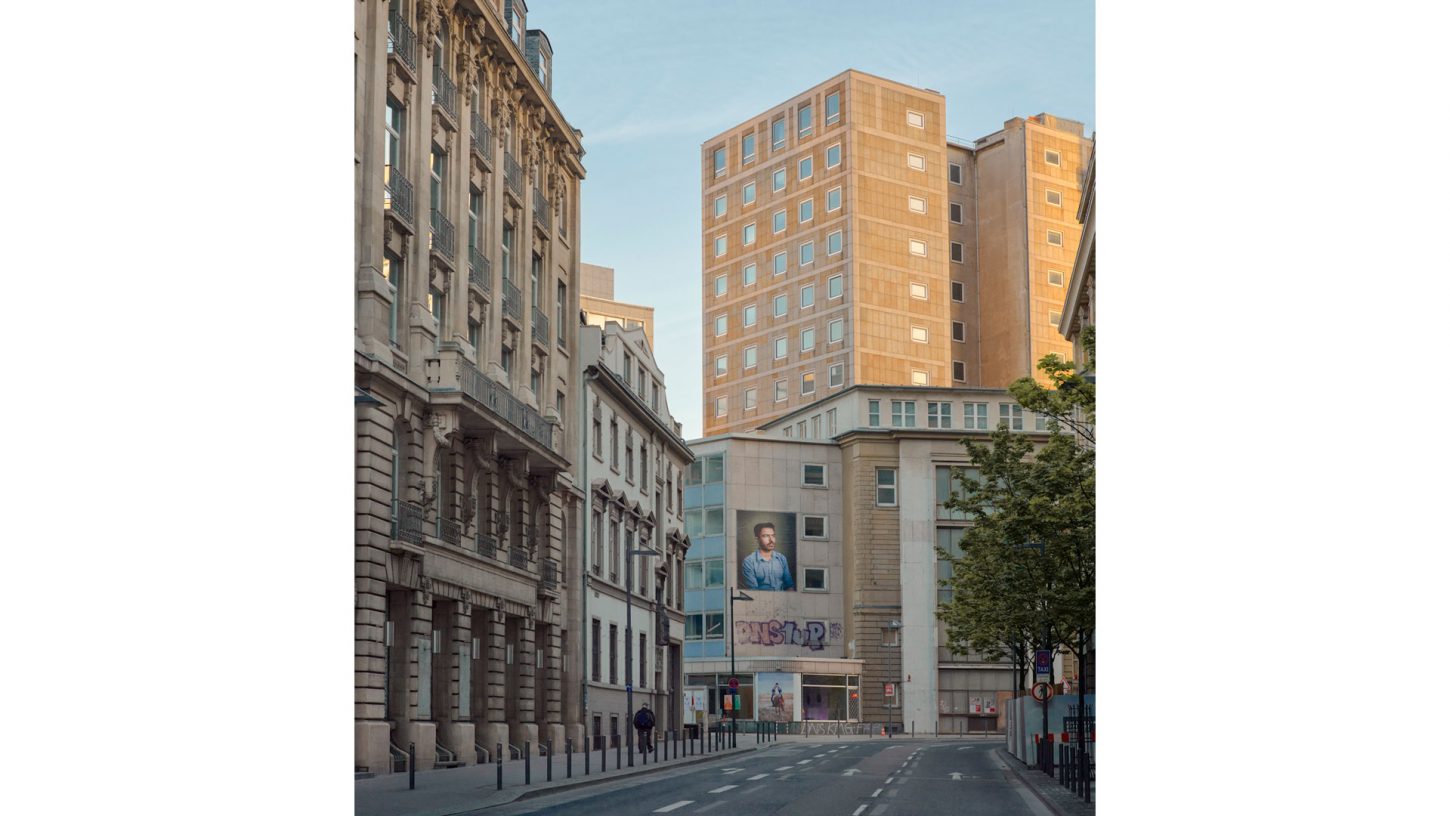 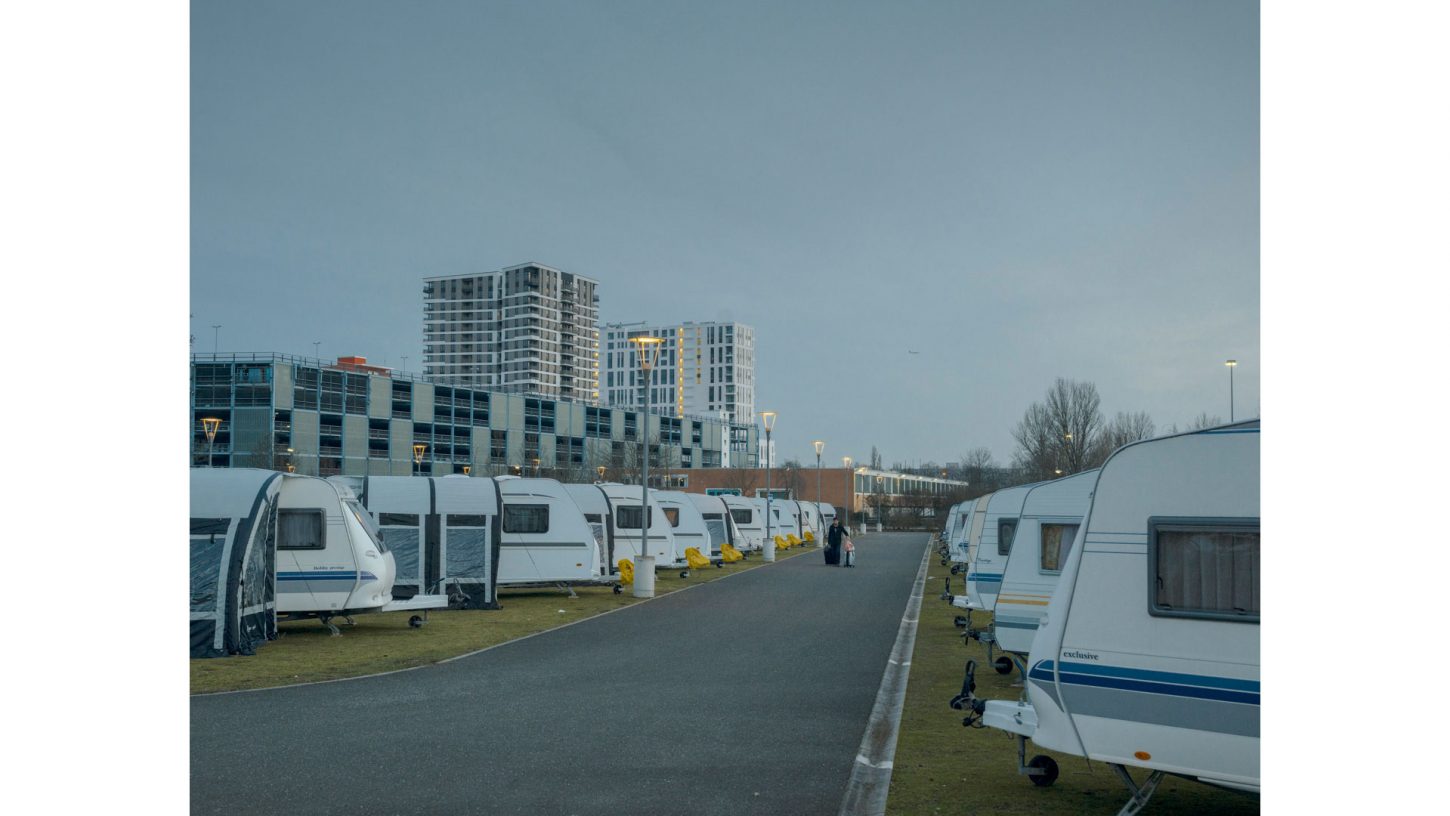 These huge, haunting faces stare out at the passers-by. They emerge from the invisibility of their accommodation to appear in unusual places all over the city, on building facades and construction site fences, breaking free of the abstraction of that catch-all term: ‘refugee’. They tell a story of ‘being a stranger among strangers’.

NEW CITIZENS is the title of the latest portrait series by the artist Vitus Saloshanka, as well as the name of a project on exhibitions in public spaces which we have launched in the city of Frankfurt.

For NEW CITIZENS, the artist took photographic portraits of individual refugees on a caravan site near the Rebstockbad over the course of a year, and then displayed these portraits in public spaces.

In collaboration with SEEHOF, we developed an urban exhibition based on the series, exploring the idea of democratic urban spaces. The facades of buildings and the fences of construction sites in Frankfurt became a portrait gallery. The exhibition was accompanied by an extensive programme ranging from a public concert, political debates and film programmes to a NEW CITIZENS club night at the AMP bar.