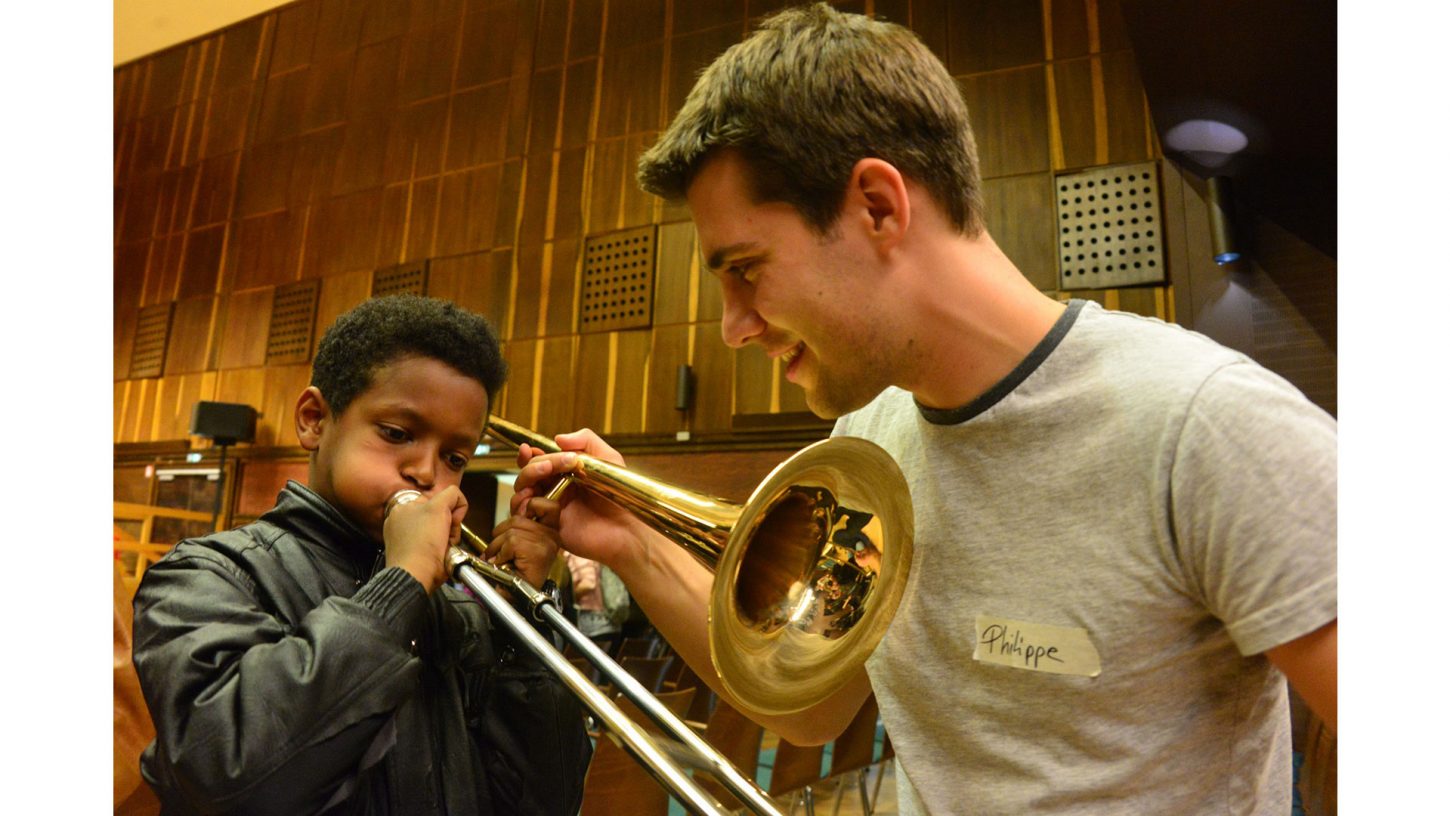 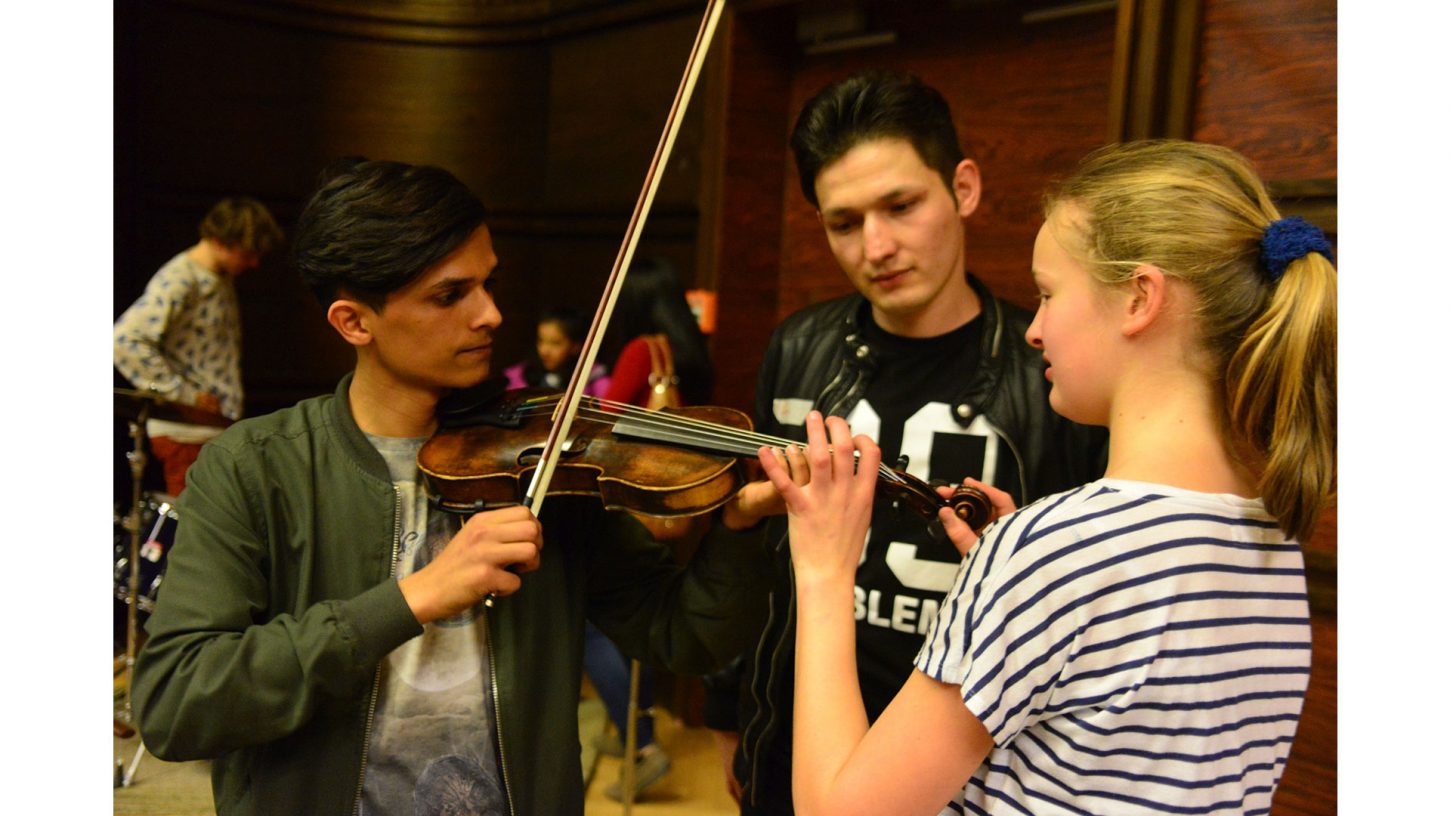 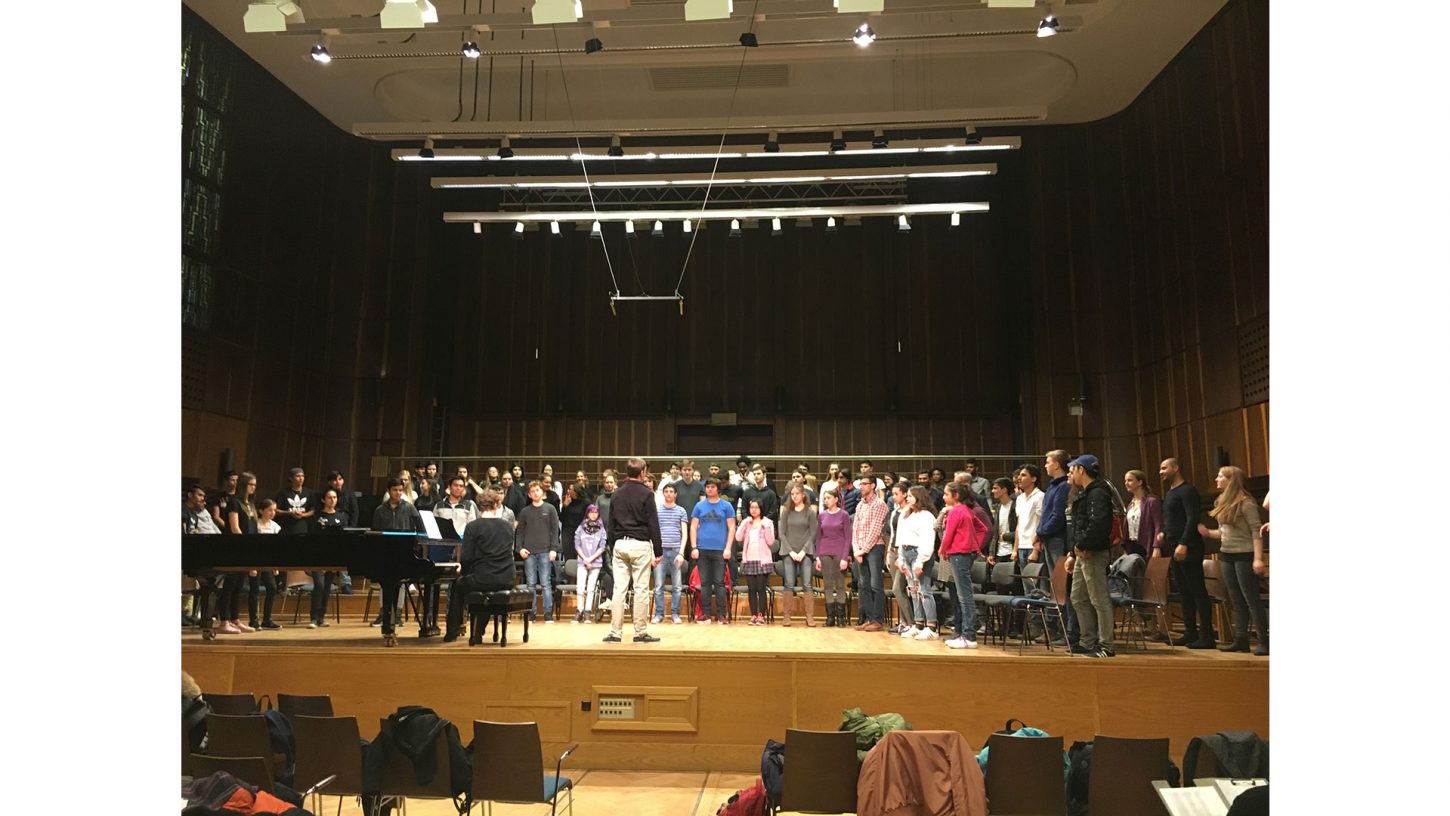 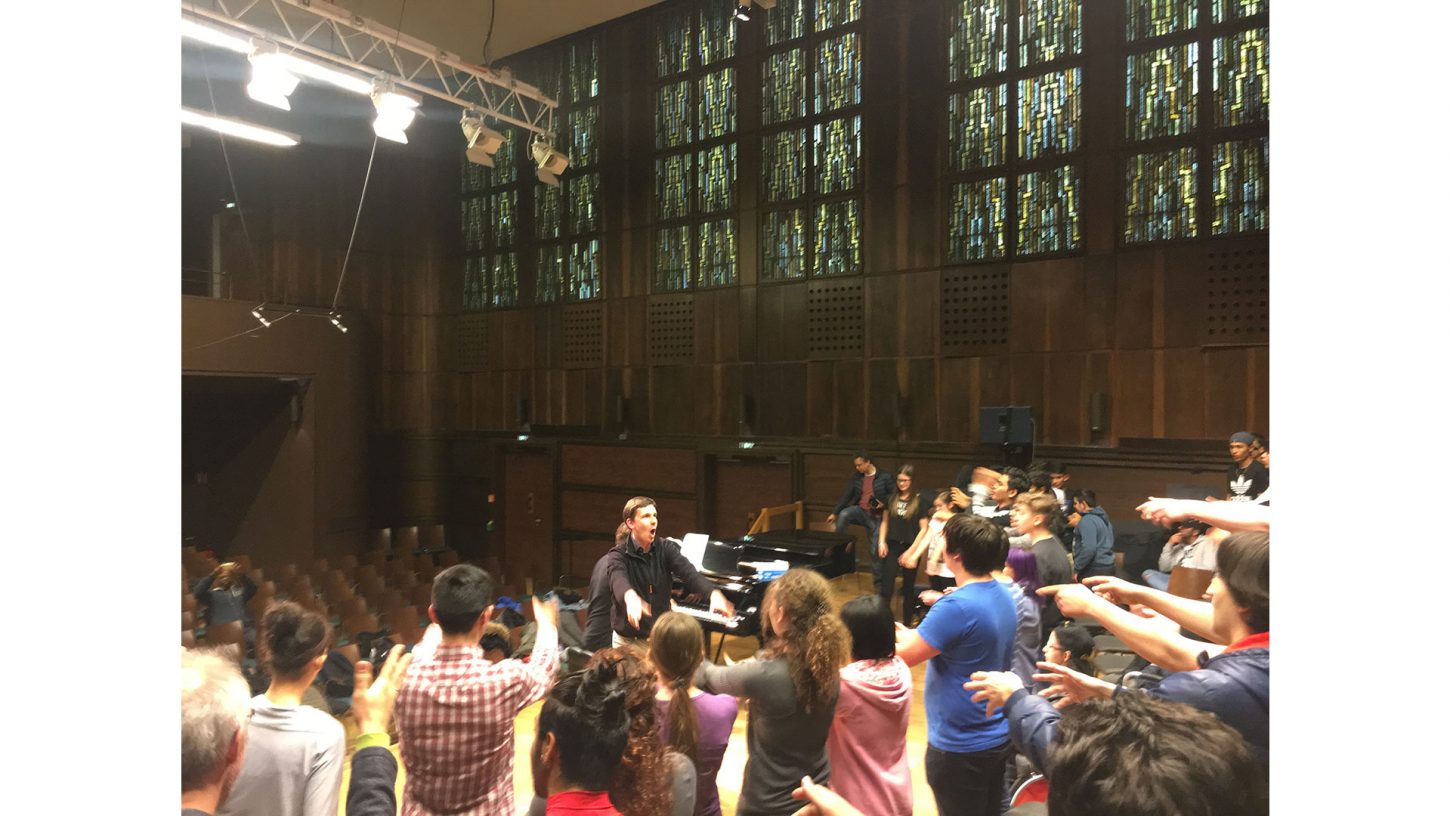 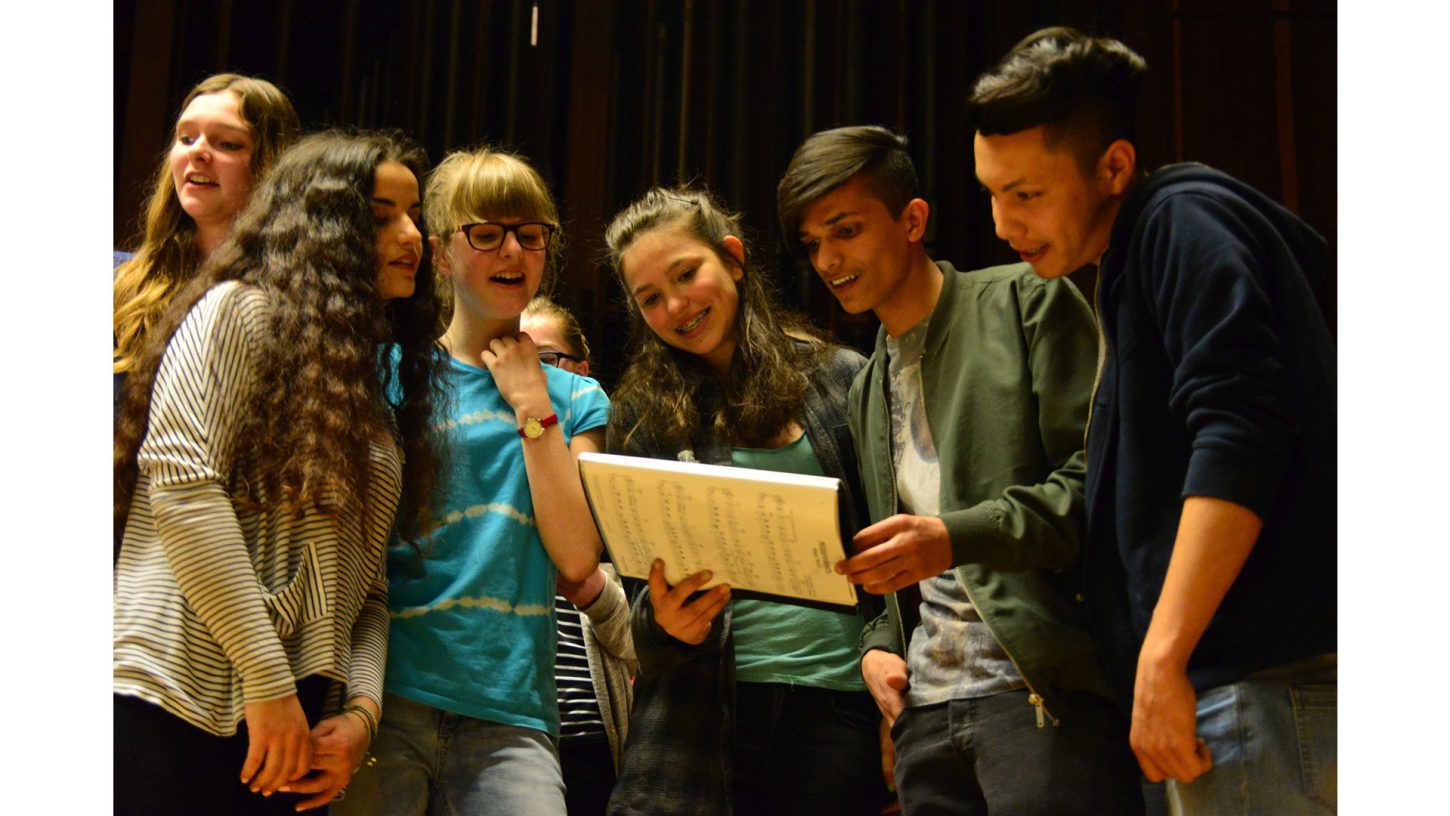 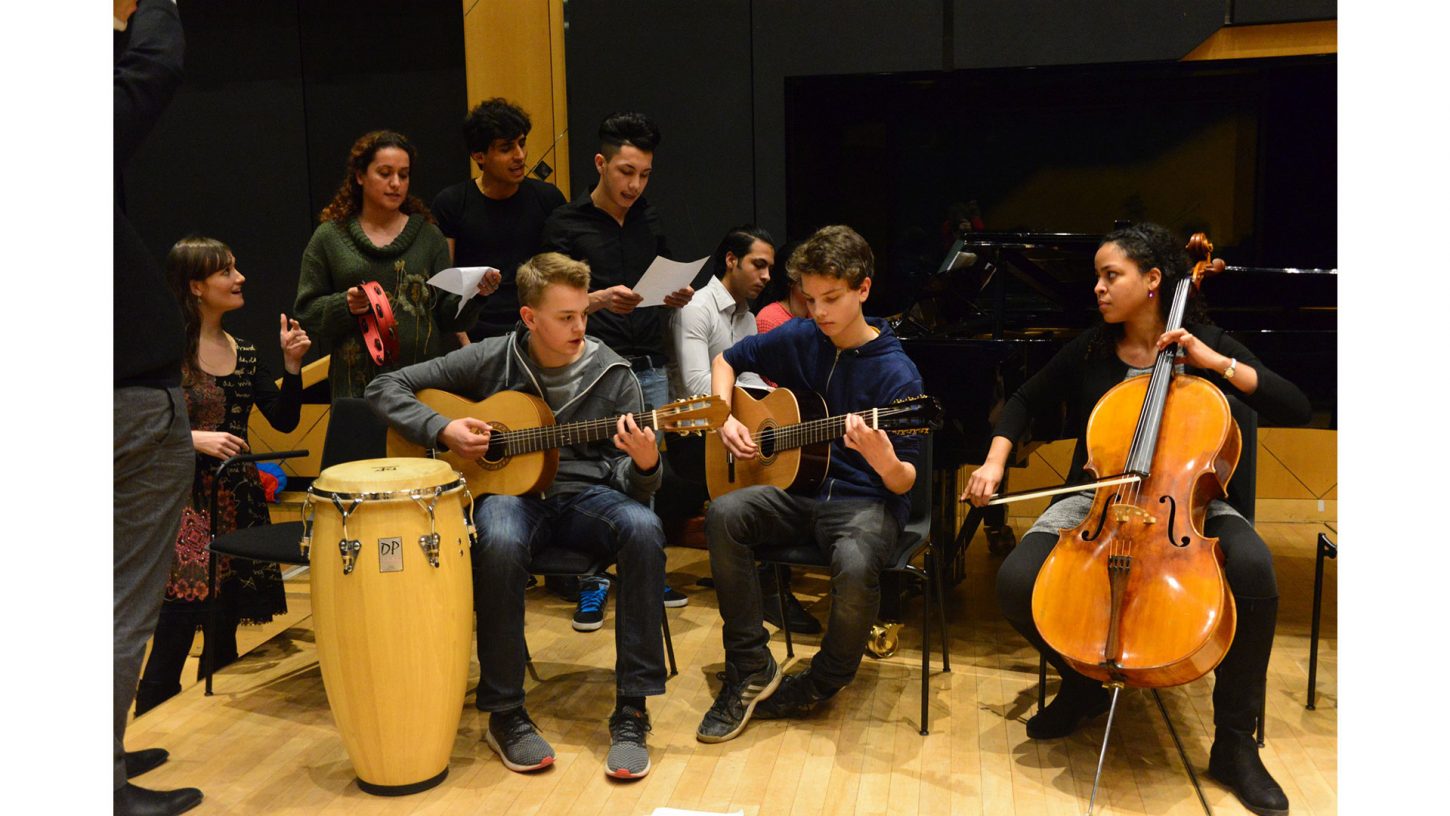 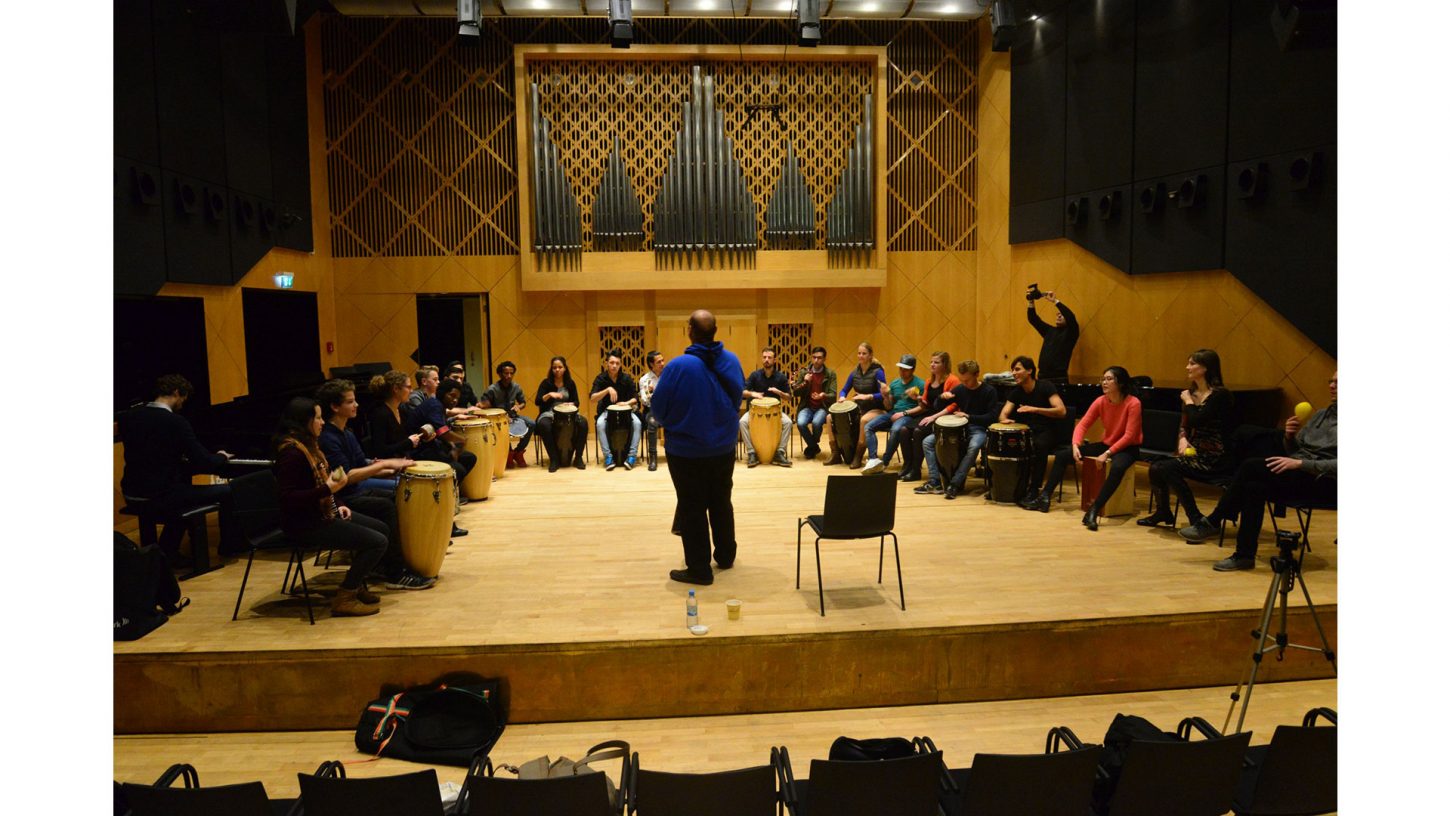 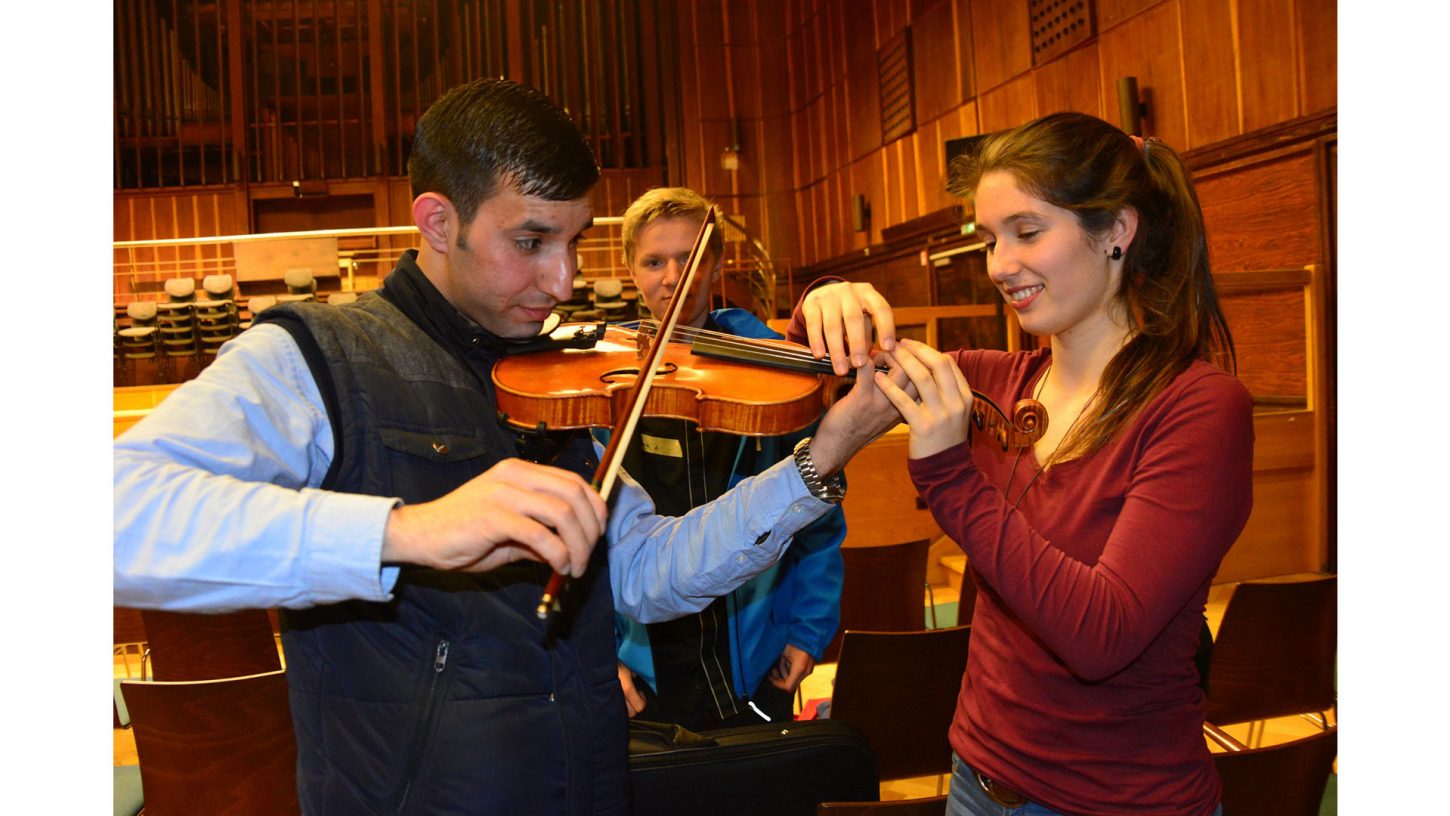 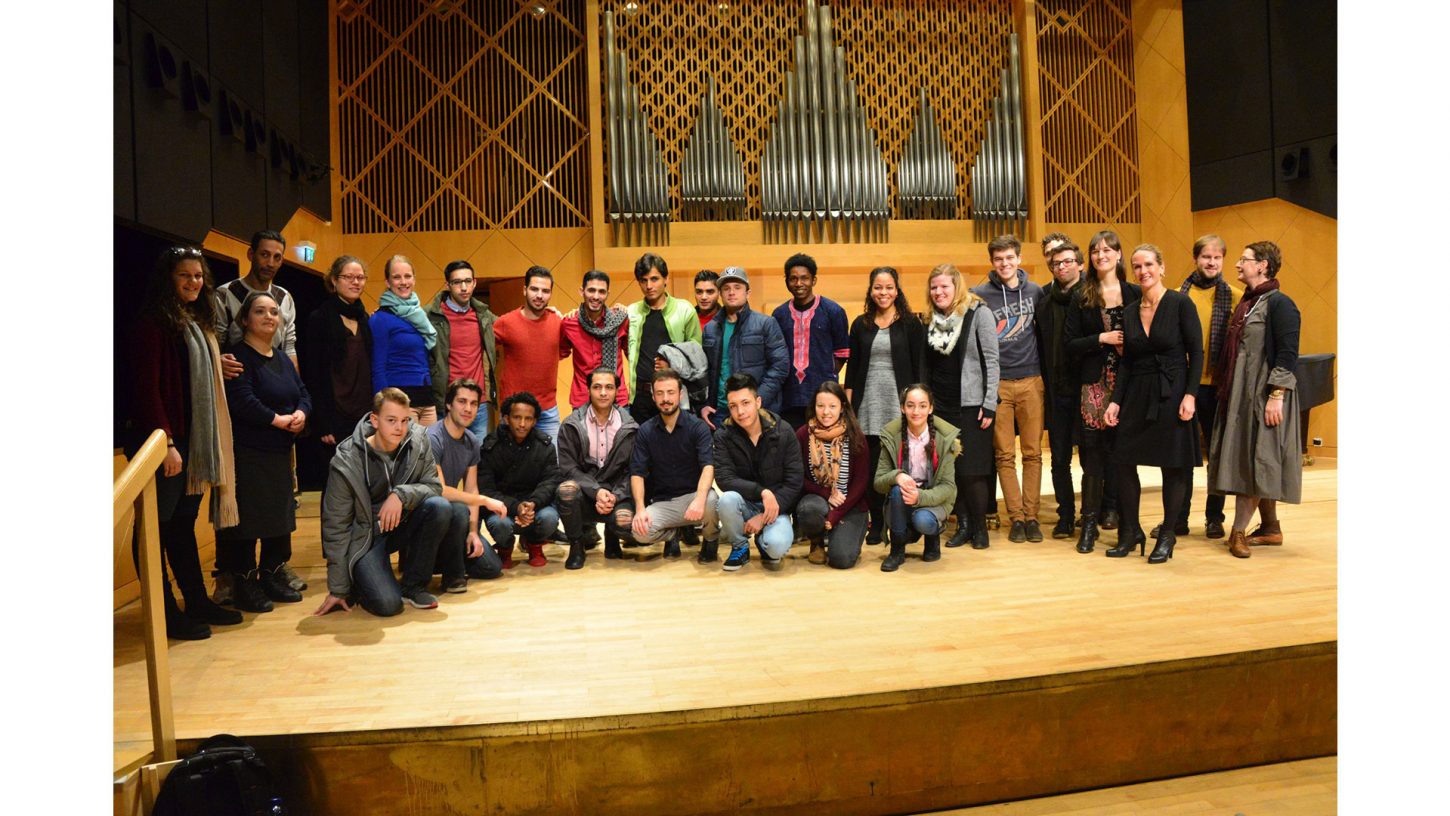 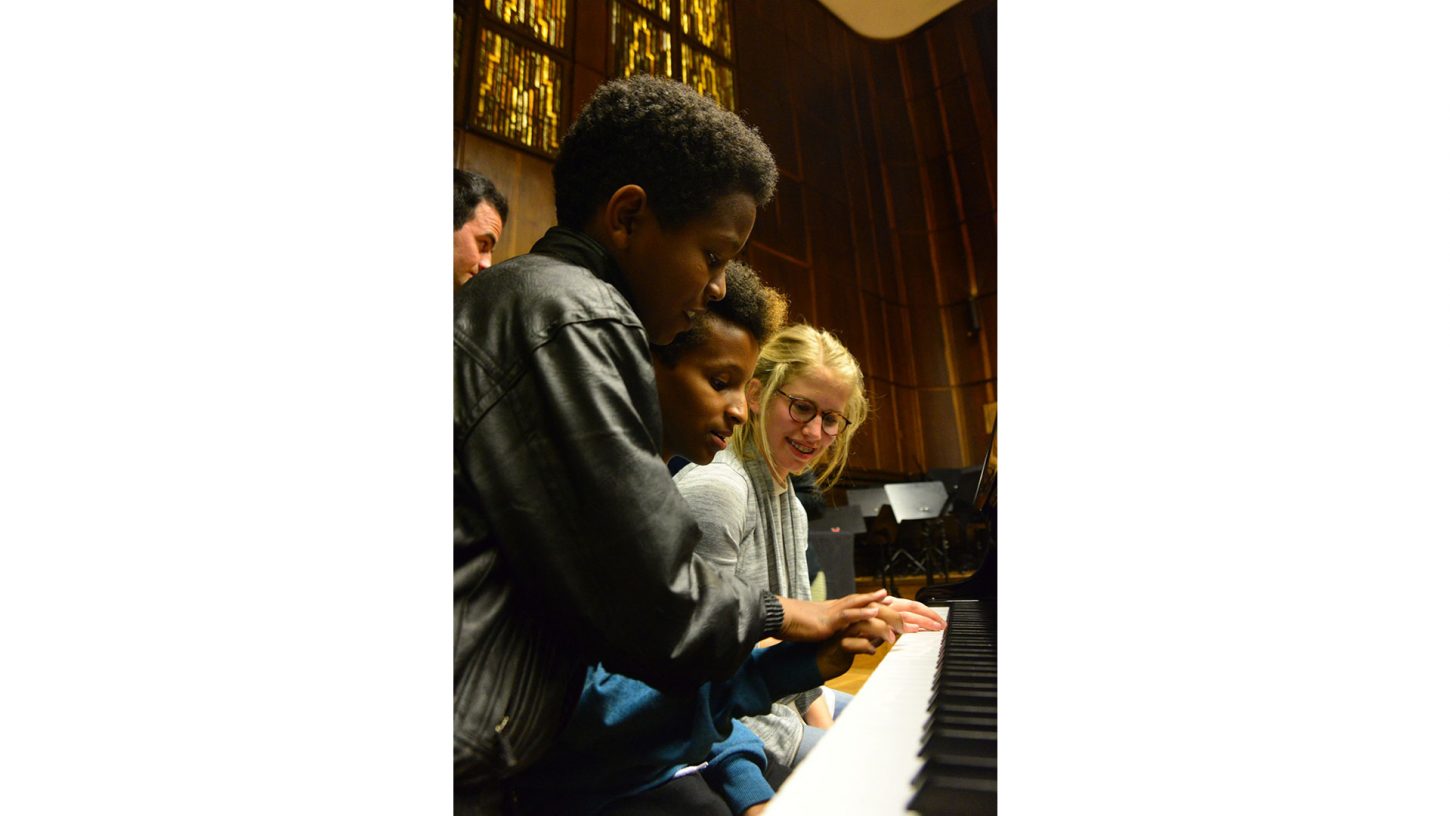 Together with young musicians from Frankfurt University of Music and Performing Arts, a voluntary community music project was developed and piloted in Frankfurt for young people from all over the world. FOR ALL PEOPLE brings together Frankfurt residents and young refugees, giving them the opportunity to make music together.

As part of the project, music students from Frankfurt University of Music and Performing Arts act as volunteer teachers, giving both musical instrument and singing lessons. Since 2016 the whole group has come together regularly at choral, ensemble and orchestra workshops. Intercultural workshops are organised several times a year.

The Syrian pianist Aeham Ahmad has already visited twice as a guest performer, working and making music with the young people.

FOR ALL PEOPLE community music project