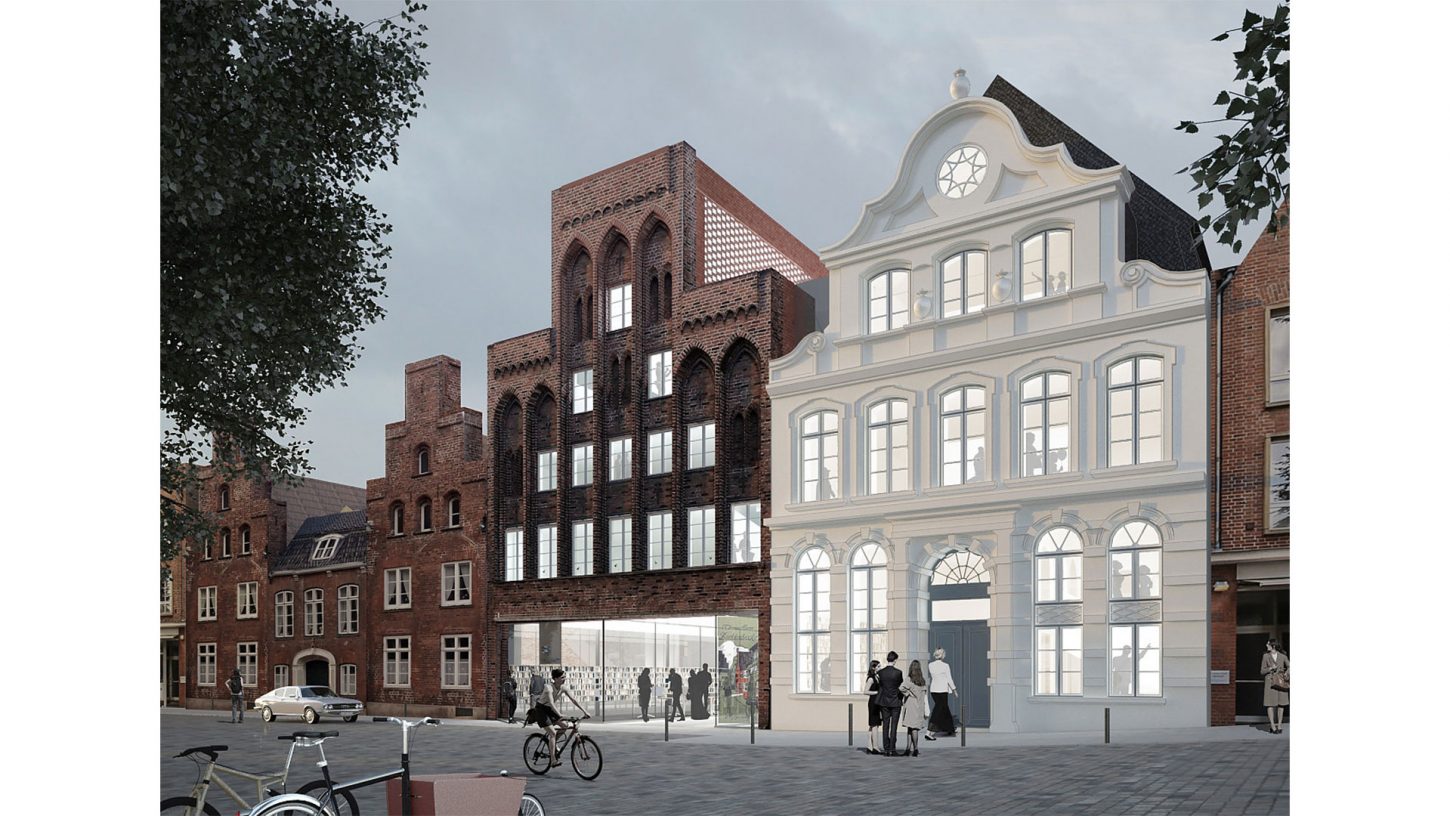 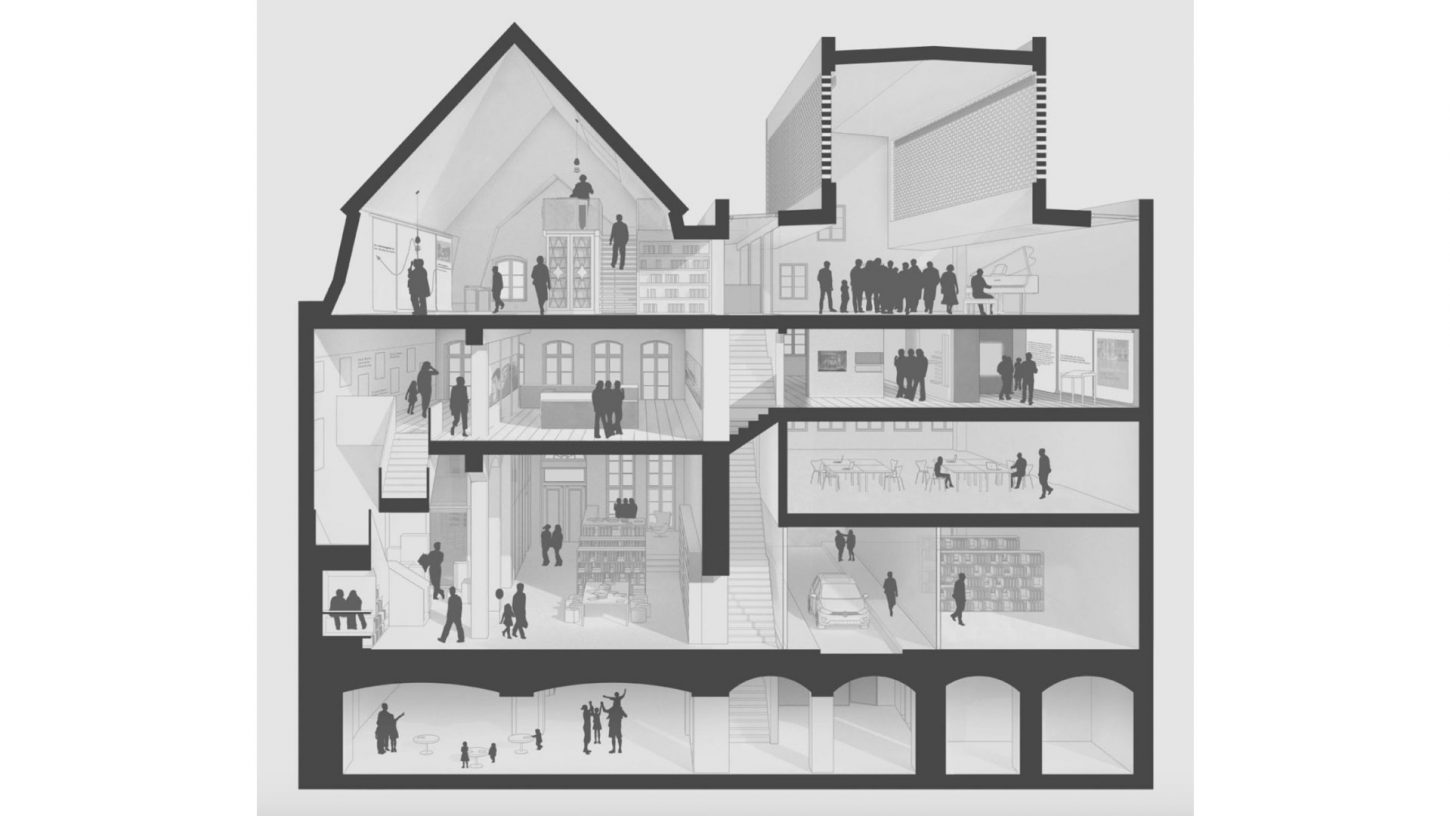 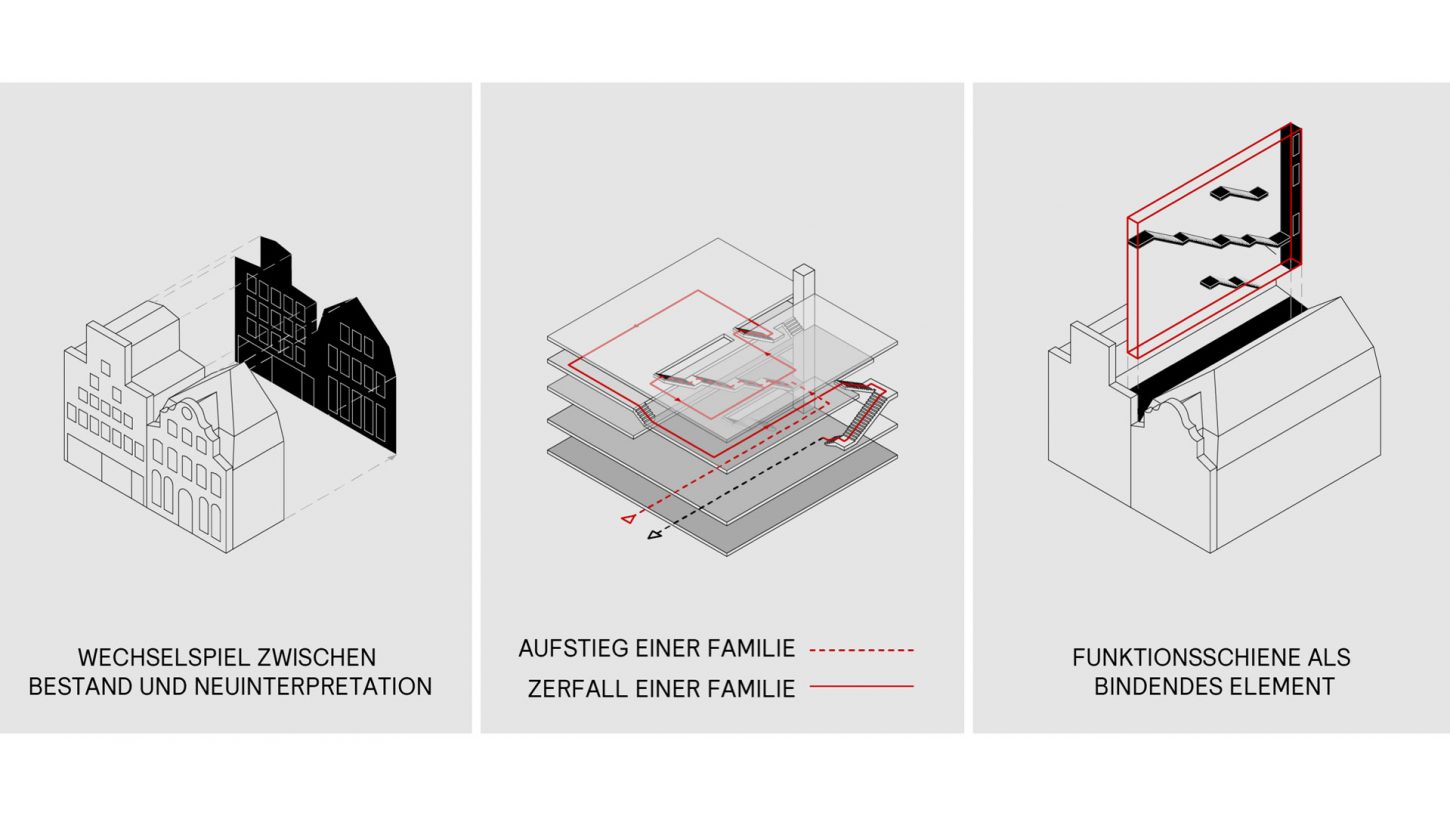 From past to present

The Buddenbrooks House, the setting for Thomas Mann’s novel Buddenbrooks and the ancestral home of the Mann family, is one of the most successful literature museums in Germany.

In 2019, it was decided that the museum would be extended onto the neighbouring plot and that a brand-new permanent exhibition would be added to it. A Europe-wide planning competition was launched, inviting proposals on both the building work and the design of the permanent exhibition. Entrants were encouraged to think about the architecture and the exhibition as a holistic whole.

The new Buddenbrooks House aims to build a bridge between the past and the present, to showcase traditional building materials and historical architecture not only as relics of the past, but as elements of a vital public space that will serve a useful function long into the future.

The exhibition’s design is based on two central concepts that epitomise the significance of the Buddenbrooks House and the artistry of the Mann family: language as an expression of the power of the word, and the book as the form and vessel of literary genius.

The building is designed as an innovative museum space. The visitor gains access to the top floor of the exhibition, located in the attic, via the central staircase that links all the floors (a typical feature of the period). The successful rise of the Buddenbrooks as a merchant family, and the importance of Lübeck as a Hanseatic trading city, is thus physically embodied in the way the visitor moves up through the building.

The exhibition starts on the top floor and leads downwards, thematising both the decline and the achievements of the Manns as a literary family. The merchant family’s decline is symbolised by the continuous physical downwards movement and, at the end of the ‘From Childhood Home to Humanity’ gallery, leads out into the world and the history of the works’ literary reception.